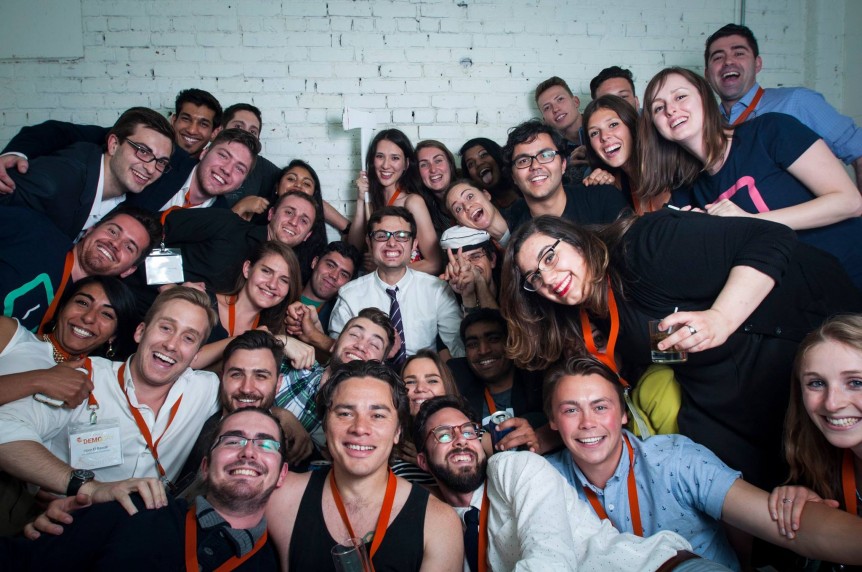 As Concordia University’s District 3 Startup Innovation Centre opened its doors to a new facility in Concordia’s Farbourg Building, the university announced that the Centre would receive a $1 million gift from André Desmarais and France Chrétien Desmarais, two longtime supporters of Concordia.

The funding, which will be used to propel startups in the Centre, will be established through the André Desmarais and France Chrétien Desmarais District 3 Fund, which will advance entrepreneurial projects with proven market viability.

“We firmly believe that accelerating innovation and nurturing talent is fundamental to our society’s longterm prosperity,” said André Desmarais, deputy chairman, president and co-chief executive officer of Power Corporation of Canada. “Our donation to Concordia’s District 3 is a concrete way for us to support innovation and further bridge the gap between higher education and private enterprise.”

The funding will support three major initiatives: seed funding, makerspace expansion, and increasing operations through the hiring of new staff. “In our 21st-century knowledge economy, incubators increase innovation for Montreal, Quebec, and Canada. The most effective conduits for these startups are universities,” said France Chrétien Desmarais, president of the Society for the Celebration of Montreal’s 375th Anniversary.

#YVR FinTech: the business of your money is changing

Think about Canadian banking. Your first thought is likely of its quarter-over-quarter, hand-over-fist profits. The unlikely thought is of an industry driving innovation. Yet…