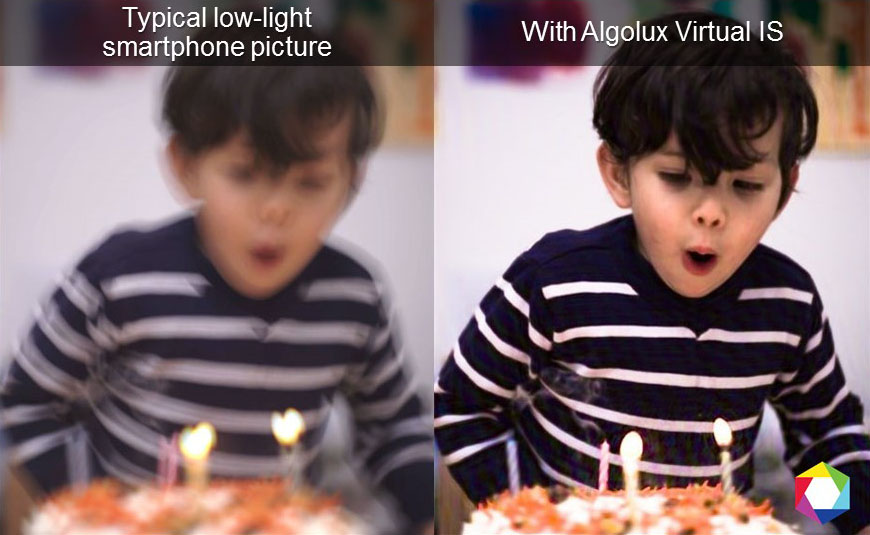 Montreal’s Algolux, a former TandemLaunch startup that specializes in computational optics for better photographs, today announced a $2.6 million series A round led by Real Ventures. Several angels also participated in the round.

The tech can be implemented in all camera types, including video surveillance, in-vehicle cameras, medical imaging and the burgeoning wearables market.However, Algolux is currently focusing its efforts on smartphones and tablets.

“We are thrilled to have secured funding from such an insightful and collaborative investment group,” said CEO Allan Benchetrit. “Our vision is to provide an essential deblurring engine for mobile optics. The capital will allow us to work towards our primary goal of licensing Algolux technology to our partners so that they can immediately offer higher quality images to their customers. In addition, they will be able to lower the manufacturing costs of their cameras and reduce device thickness.”

Algolux said it has already showed off its imaging technology to some of the world’s leading smartphone manufacturers and will use the cash to “foster these partnerships and integrate its technology in a range of devices.”

Real Ventures cofounder Alan MacIntosh will join the company’s board of directors, as will Helge Seetzen, CEO of TandemLaunch and Sylvain Desjardins, co-president of VoiceAge.

“The company has made great progress since its inception at TandemLaunch,” said MacIntosh. “We are very excited to be working with such a passionate team, whose application of computational optics is a powerful reminder of how hardware challenges can often be overcome with software solutions.”

Algolux boosted up its head count to 15 employees this year, with “experts from around the world”. Moreover, the company said it is “committed to the continued growth of the city’s tech ecosystem.”