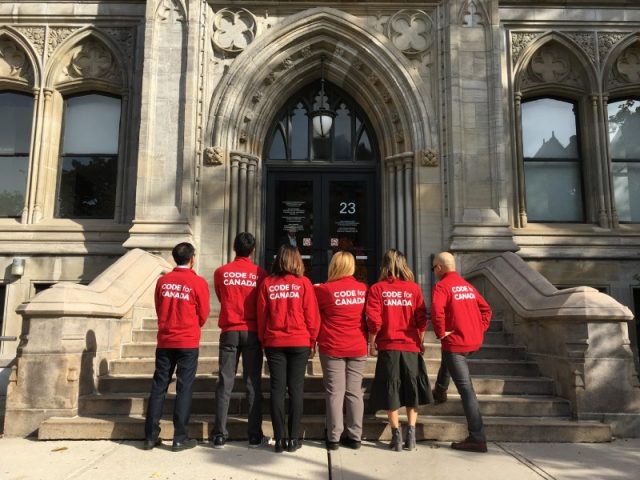 The program will send six tech and design experts to work with the Ontario and federal government for 10 months. During this time, they will develop digital tools that make public services easier to use.

Fellows will be asked to bring a certain set of skills, including agile development, user research, and design thinking.

“People expect government services to be as easy as texting a friend or sharing a photo on social media,” said Gabe Sawhney, executive director of Code for Canada. “We want to show Canadians what’s possible when the skills and problem-solving techniques found in the tech sector are applied to public service problems.”

The fellows are divided into two teams. One team will be working with Ontario’s Ministry of Advanced Education and Skills Development (MAESD) to build digital tools for adult learners and service providers who support them. The other team will work with the Canadian Digital Service in Ottawa to design tools for veterans and newcomers to Canada.

“People expect government services to be as easy as texting a friend or sharing a photo on social media,” said Sawhney.“We want to show Canadians what’s possible when the skills and problem-solving techniques found in the tech sector are applied to public service problems.”

Diversity and inclusion were key factors in the recruitment process. Among over 300 applicants, more than a a third were women, and approximately 60 percent identified as people of colour. Code for Canada worked with Shopify to design an inclusive recruitment process, consulted with community groups, and allowed people to nominate friends or colleagues.

The majority of applicants to the fellowship program came from major Canadian companies like Telus, TD Bank and Critical Mass; Silicon Valley firms like Medium; and global corporations like IBM. In addition to this, ten percent of applicants came from abroad.

“We were drawn by Code for Canada’s mission, and decided to support their flagship fellowship program. Specifically, we evolved the program’s design to drive future growth and enhance its value proposition,” said David Campbell, Oliver Wyman’s Toronto Office Head.“We’re excited for the launch of the fellowship program as it marks a milestone in bridging the gap between government and digital talent.”