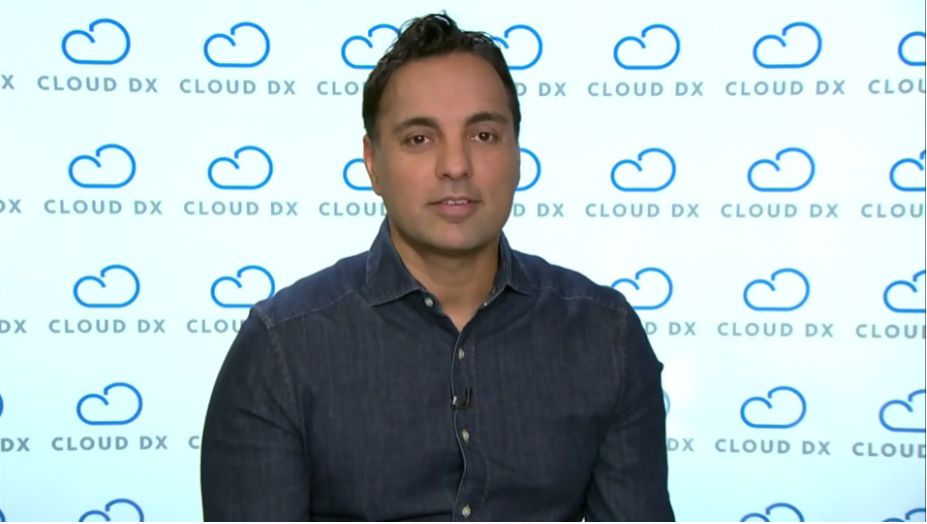 Many Canadians know the pain of having to wait hours in a walk-in clinic waiting room to get care. Toronto-based Cloud DX, the latest pitch on The Disruptors, explained how its technology could allow people to make diagnoses on their own time and from anywhere.

“Our mission is to disrupt the current healthcare industry. Our healthcare industry is expensive; it’s inefficient. It’s largely based on you having to go to the institution…to get the care you need,” said Sonny Kohli, chief medical officer of Cloud DX.

Cloud DX’s platform is based around a tablet connected to a variety of Cloud DX’s own devices. The devices record data through surveys and symptoms the user is experiencing, such as blood pressure and heart rate changes. This data is then sent to Cloud DX’s cloud-based engines, where it’s analyzed for the user. Kohli said the company’s goal is to build out its technology based on artificial intelligence.

Co-host Amber Kanwar pointed out that a system that cuts out doctors and nurses makes her nervous. “It sounds like they’re skipping a step. The first step would be to sell this to the clinics and say ‘Let’s cut down your intake time. Let’s reduce triage. Get everybody to do this yourself, and then you can see people based on the data’,” said Kanwar.

Co-host Bruce Croxon says this may be because it’s harder to sell through the clinics than directly to the consumer. However, he applauds the technology. “To me, it’s a very effective use of data. People are always curious about whether they’re okay. I just hope it doesn’t result in an avalanche of visits rather than the opposite,” said Croxon.