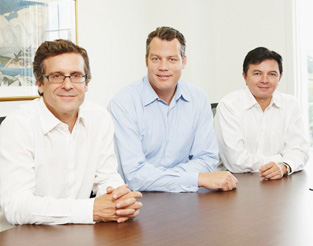 Cisco made it clear in June that it was ready to head up a fund-of-funds for Canadian innovation and it looks like it has came through on that promise.

The multinational corporation based in San Jose, California has invested a “sizeable” amount into Toronto’s Georgian Partners venture capital firm, and its targeted $150 million new fund. It is believed that the amount invested by Cisco is under $50 million.

Last month Cisco confirmed that it would earmark $150 million over ten years for Canadian startups, technology development incubators and new technologies that it thinks have the potential to affect the global market. But the cat was long out of the bag, as far back as nine months ago when the Financial Post revealed that “several Canadian investors are expecting Cisco Systems to enter Canada as a limited partner, for upward of a $100-million commitment.”

I wrote that article and I had one thing wrong: I named three Toronto-based firms as frontrunners, but not Georgian Partners. Georgian is a growth equity firm investing in expansion-stage software companies. “We are very pleased to have Cisco investing our second fund,” said cofounder Simon Chong. “To have a global leader like Cisco join the fund as an investor demonstrates the validity of our Applied Analytics investment thesis.”

On the new Georgian partners investment, it looks like Cisco is putting its money where its mouth is.

“By investing in innovative companies we gain valuable insight into the Canadian start up and entrepreneurial community,” said Kawale. “Georgian Partners is at the forefront of investing in expansion-stage software companies, which in addition to their investment focus on Big Data and Analytics, supports our own vision of the opportunity that the Internet of Everything represents and aligns to our commitment to fostering innovation in Canada.”