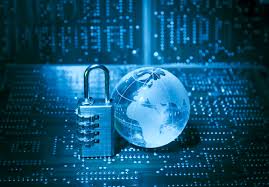 Canadians have a right to remain anonymous on the Internet and police cannot obtain information about individuals from their Internet service providers (ISP) ruled Canada’s Supreme Court of Canada today.

It ruled this morning that “internet users have a reasonable expectation of privacy and anonymity online,” and that police now need a warrant to request basic subscriber information.

As tech reporter Matt Braga pointed out in .digest, government agencies sought out telecom user data at “jaw-dropping rates” in 2011, over 1.2 million times.

The case in question this morning was called R v Spencer, 2014 SCC 4, and as the Canadian Privacy Law Blog wrote, the decision “has finally provided some certainty regarding the expectation of privacy that all Canadians enjoy in their online activities. All internet users expose their IP addresses to the sites they visit and the computers they connect to, but generally it is only the internet service provider who can connect that innocuous string of digits to a real identity.”

What’s interesting about this case is that the apparent “win” for the privacy of Canadians using the Internet actually came about by the police doing their job- or at least what they believed was required for them to do their job. They were in the process of catching a man possessing child pornography in Saskatchewan.

From the headnote summary of the decision:

“The police identified the Internet Protocol (IP) address of a computer that someone had been using to access and store child pornography through an Internet file sharing program. They then obtained from the Internet Service Provider (ISP), without prior judicial authorization, the subscriber information associated with that IP address. The request was purportedly made pursuant to s. 7(3)(c.1)(ii) of the Personal Information Protection and Electronic Documents Act (PIPEDA). This led them to the accused. He had downloaded child pornography into a folder that was accessible to other Internet users using the same file sharing program. He was charged and convicted at trial of possession of child pornography and acquitted on a charge of making it available. The Court of Appeal upheld the conviction, however set aside the acquittal on the making available charge and ordered a new trial.”

However, as it pertains to your and my security from unlawful activity by government agencies,

“Informational privacy is often equated with secrecy or confidentiality, and also includes the related but wider notion of control over, access to and use of information. However, particularly important in the context of Internet usage is the understanding of privacy as anonymity. The identity of a person linked to their use of the Internet must be recognized as giving rise to a privacy interest beyond that inherent in the person’s name, address and telephone number found in the subscriber information. Subscriber information, by tending to link particular kinds of information to identifiable individuals may implicate privacy interests relating to an individual’s identity as the source, possessor or user of that information. Some degree of anonymity is a feature of much Internet activity and depending on the totality of the circumstances, anonymity may be the foundation of a privacy interest that engages constitutional protection against unreasonable search and seizure.”

As the Globe and Mail reported, ” It has implications for the ability of police to probe the Internet for the purpose of fighting crime and terrorism — and for the courts, which some say could be inundated with police requests for warrants if the Supreme Court insists they are necessary. The government says IP addresses are no more revealing than a phone number; civil liberties groups say they are a key that can unlock people’s private uses of the Internet.”

Crowdfunding is increasingly becoming a successful option for makers and entrepreneurs to get their product out to market. Yesterday, BetaKit reported that since the…