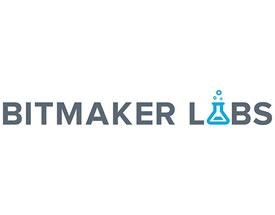 Toronto’s Bitmaker Labs has thus far been known for its $9,000 Ruby on Rails course and an unfortunate Ontario Ministry of Training investigation last year that didn’t accomplish much, other than shutting the coding school down for a few days.

It’s been about a year and a half since the school launched with five cofounders. Since then three of them left to pursue other things, including a competing coding school in Toronto called BrainStation.

But as CMO Sean Power told us, Bitmaker Labs is about to go into high gear with a few new announcements.

Today it announced that it has boosted its course selection to six and is planning on moving to a new 8000 sq. ft office complex at 220 King street west in Toronto. It also made a few important hires, including Power himself, a startup advisor and internationally published author, as well as a PhD candidate in the education space, Danielle Becket. She’ll be tasked with helping Bitmaker “close that feedback loop between the students and the teachers.”

The new courses being offered range from nine to 12 weeks, all immersive:

The completely bootstrapped school has now graduated just under 200 students in its Ruby on Rails course and Power said that 90 percent of the graduates who wanted to find a job were successful. As well, Bitmaker Labs only lets those with at least five years coding experience at a startup to apply for teaching positions. “We refuse to let alumni be teachers at BitMaker labs because we don’t feel that a person who has recently graduated from a coding school is in any position to teach with a sufficient amount of experience to help student actually overcome what they want to come,” said Power.

This most recent cohort at Bitmaker Labs began on January 13 and will likely graduate on March 21. That being said, there will be several programs with different graduation dates happening at the coding school going forward.

With solid California-based competitors like Codecademy, Hack Reactor and Dev Bootcamp, as well as some new players in Canada like BrainStation, how confident is Bitmaker in luring students to their classes?

“I believe that our commitment to our students speaks in how we’re hiring, who we’re hiring and what we’re offering,” said Power. “We’ve had one and a half years of learning, we’ve had to iterate through our course content and see what works and what doesn’t. Not only that, but we’ve got the budget to hire amazing people.”

On top of that, they’ve taught everyone from PhD and masters students, lawyers, NCAA athletes and others in a diverse group of pupils. “Without a doubt I think the experience that we’ve had and the way that we’re hiring is sending a clear signal that our students come first.”

Last week, 1,500 startup founders, policy makers, and industry leaders touched down in Ottawa for Startup Canada’s Day on the Hill, which brought all…