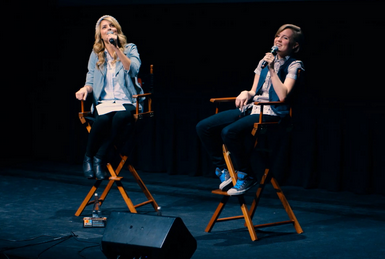 The Canadian Film Centre (CFC) and the Buffer Film Festival have announced Canada’s first Buffer Festival Industry Day, an industry conference devoted to those using YouTube as a content and talent development platform and a marketing and distribution channel.

The CFC is no stranger to the Canadian tech and startup world, particularly with its ideaBOOST accelerator program for companies in the entertainment and digital media space. It even helps run the ideaBOOST Mind Pirate Production Lab, another accelerator devoted to Google Glass apps.

It looks like Buffer Festival is taking it one step further now with the one-day conference. It will take place in Toronto on October 16 at the Hyatt Regency Toronto and will provide a “unique opportunity to network with celebrity YouTubers, MCNs, CMOs and digital entertainment industry executives.”

Attendees can expect a lineup of sessions and networking opportunities as top YouTube creators “provide insight into global YouTube domination, brands and creators examine some of the most successful branded entertainment partnerships, and MCNs discuss the seismic shifts hitting the YT landscape.”

“The CFC Media Lab is committed to accelerating talent, products and companies in the digital entertainment sector,” said CFC associate director Amy Davies. “Central to that ecosystem is YouTube, and we are thrilled to create and launch Canada’s first-ever YouTube Industry conference in partnership with one of our resident companies, Apprentice A Productions, and their new property, Buffer Festival.”

The Buffer Festival will run this year from October 17 to 19 and will feature dozens of live screenings and celebrity meet-ups, plus a red carpet Gala premiere. The Festival was actually incubated and developed through the CFC’s digital entertainment accelerator, ideaBOOST.

Last year the festival sold 5,000 tickets and hosted more than 70 YouTube celebrities with a combined 45 million subscribers and 7 billion views.