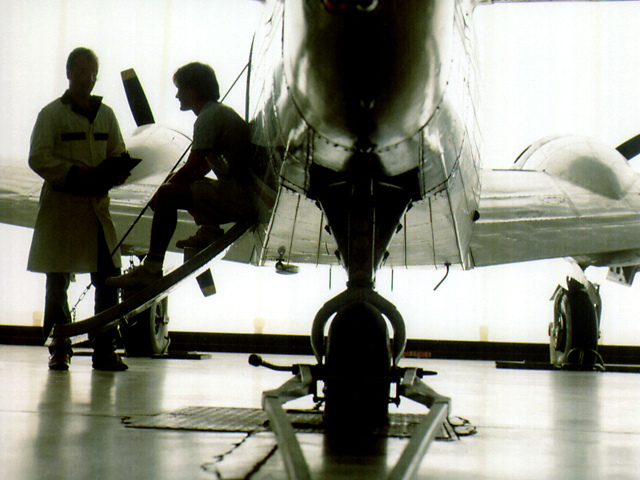 Toronto’s Centennial College, the oldest publicly funded college in Ontario, will receive up to $26 million from the Ontario government to relocate its aviation programs to the former de Havilland aircraft manufacturing centre at Downsview Park. The investment should act as the first step towards creating an aerospace training and research hub for the development of new technologies in Ontario.

“The former de Havilland plant will be renovated to provide new classroom, workshop and hangar space, and will house an innovation and research working group that brings together industry leaders and academic partners,” read a release. “The move to Downsview will provide a much larger teaching space with access to working runways. Enrolment is expected to grow to more than 900 students.”

Centennial College currently trains about 300 aircraft technicians and avionics technicians annually at its Ashtonbee Campus hangar in Scarborough, and its graduates are routinely in demand not only in Canada, but across the world.

In what was a rather scathing 2012 review of the Canadian aerospace industry, David Emerson called out the country for its need of an aerospace training and research hub in Ontario to maintain Canada’s fifth-place ranking in the industry. Globalization, competition from emerging economies and a diminishing skilled workforce are looming challenges. But according to Centennial, there are also opportunities: some $3.2 trillion in new commercial aircraft and $661 billion in business aircraft will be ordered over the next 20 years worldwide as operators look for more efficient and environmentally sustainable aircraft to update their fleets.

The Downsview Aerospace Cluster for Innovation and Research (DAIR), which involves Ontario’s best educational institutions and aerospace technology leaders, has an ambitious plan to recast the former military airbase as a global aerospace hub that would function as an innovation incubator and attract new investment.

Already, Canadian air and rail technology company Bombardier has selected Centennial College as its trainer of choice, helping to prepare its existing and future workforce with new skills required in the assembly and maintenance of its aircraft.