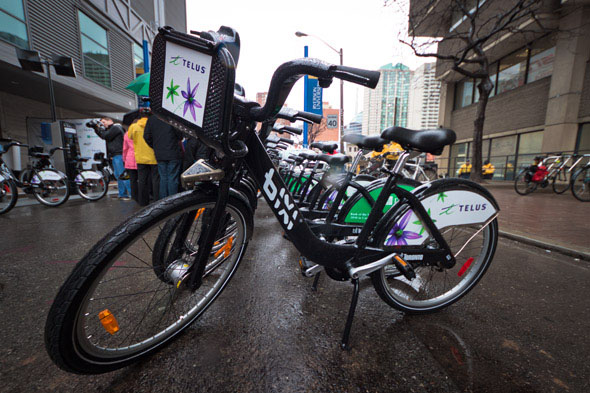 The board of directors of the cash-strapped and heavily subsidized Bixi bike-sharing service have labelled the company a “startup” amid calls for greater financial transparency from Montreal council members.

According to a tweet from the Montreal Gazette’s Monique Muse, the board said “we’re a startup,” and that it is still “finding its feet”. The Lachine-headquartered Bixi received $1 million in funding last year in September from DiamondCorp, a Toronto firm.

Some tough questions from the press re: transparency. Why not monthly ridership updates? Board: we’re a startup, finding our feet. #Bixi

The story is a rather hot-button issues for Montrealers, given the financial woes of the company that began surfacing a few years ago, despite the fact that the city has consistently stepped in and provided funds. Its problems began surfacing in 2012, when financial and software problems raised questions about its stability and future.

In January Bixi filed for bankruptcy after revealing it was $44 million in debt. In April, a new city-controlled company took over Bixi for a year, with city hall propping it up financially. This fall, that company is expected to update city hall on Bixi usage, an estimate of how much it would cost the city to keep it afloat, and recommendations on how to keep Bixi rolling.

As Muise wrote yesterday in the Gazette, “Municipal council approved a $5-million budget to carry the company through 2014, in addition to a $165,000 subsidy to help it get off the ground. The city also approved a “short-term loan” of $460,000 so Bixi could buy trucks and trailers required to move bikes.”

City councillors seem to be weary about giving Bixi any more money until there’s more financial transparency. Despite that, Snowdon councillor Marvin Rotrand said he doesn’t want to see the service go, given that it’s central to the city’s transportation plan.