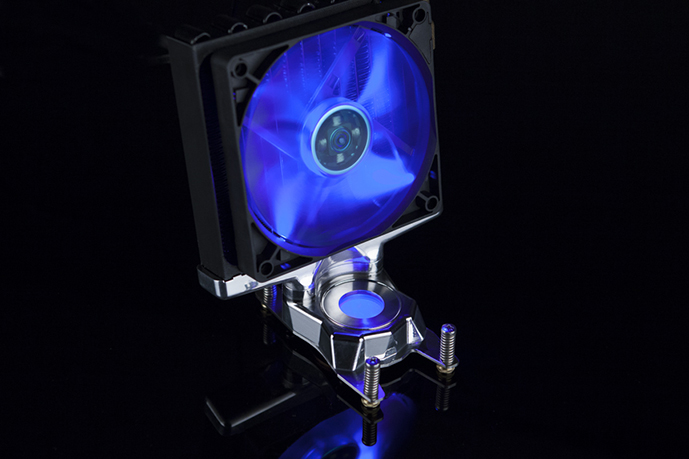 Leading one of B.C.’s hottest tech companies (at least according to a recent NextBC competition) and winning acclaim with two awards for design and engineering at this year’s Consumer Electronics Show in Las Vegas, CapTherm Systems’ CEO Timo Minx might be forgiven for letting the hype get to him. Much like the local startup’s innovative technology, he keeps cool – at least for our Q&A.

CapTherm’s future success is staked on a novel multiphase cooling technology that seems to be a big improvement over conventional water or liquid-pumped cooling systems – with countless commercial applications. The two ‘2015 CES Innovations Design and Engineering Awards’ for their high-performance CPU cooling products are just the latest reassurance that their startup is a hot property. The next stage is all about getting products to market.

“R&D has been fundamental to our process, but as we get to commercialization, it’s important to us that we manufacture in North America,” Minx says. “We aim to do the manufacturing ourselves. Right now, we’re just waiting on $850,000 in equipment to be delivered. That was the final investment we needed to make in that regard – and as soon as that arrives, we’ll be on our initial manufacturing ramp.”

“People are reaching out to us from Facebook – even the Russian military.”

CapTherm might be champing at the bit to get going, but the company is in a fairly unique position for its product launch of not needing to rush into things. “When we went about raising funds for the company, our goal was to retain control,” Minx says. “There’s no institutional investor in the company, so no one is in a position to pressure us into making wrong decisions. We’re not going to release a semi-finished product and let customers be the beta testers. We’re keen on quality engineering.”

High-end engineering has been key to the company’s long-term success since 2006, when Minx realized there was a multi-phase cooling technology that could be commercially viable. It started off as a clunky prototype, but Minx knew that to take it to the mass market, they would need to use a fairly complex technique to build an alloy that would really do the job.

“We had to bind copper to stainless steel, titanium and aluminum – and the only way to do it is through explosion welding,” Minx explains. “Previously, this was only used to develop materials for applications like particle accelerators and the international space station – it was never used for something that would be accessible on a retail level. You actually weld the metals using an explosion — not a small one, either. When we got that process together, that’s when I really felt it come together.”

Now that the technology is a proven concept, the marketplace is opening its doors. “Water cooling is really not well suited for high powered electronics; we’re more reliable and cost effective. The market here is virtually unlimited. GE wants to talk. People are reaching out to us from Facebook – even the Russian military. There’s a lot of interest.”

As CapTherm’s business heats up, it seems one of the biggest challenges will be for the company’s leadership team to keep their cool – something with which they’ve had lots of practice.