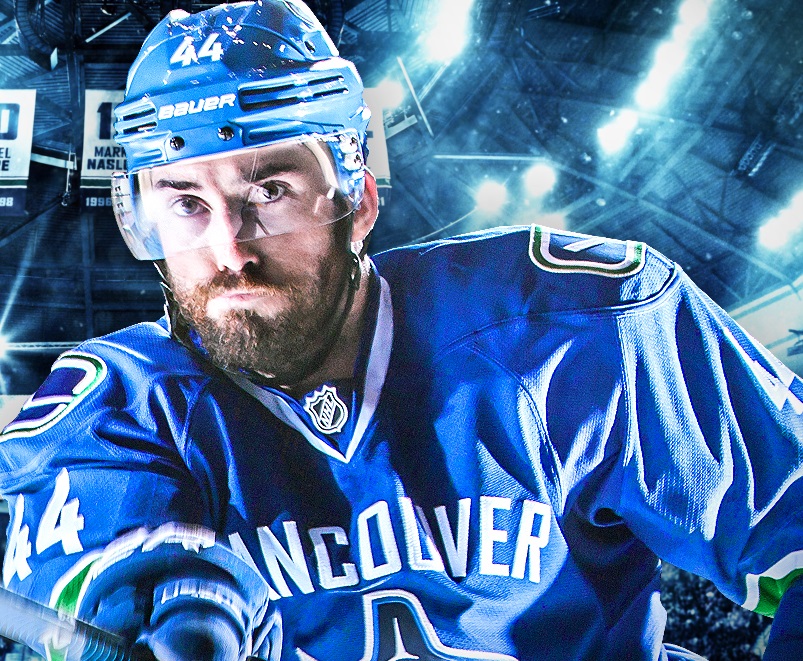 If you’ve been keeping score at the Rogers Arena lately, you may have noticed something is a bit off: the rows of empty seats at Vancouver Canucks games. It’s not a result of the poor showing as of late; rather, it kicked off at the start of the season, back when the team had a surprising string of victories.

It seems to be part of a trend affecting all of the west coast sports teams, possibly thanks to an audience that seems perfectly happy to watch a game on their mobile device. While the Canucks get 18,000+ attendees at their games, 3.2 million fans check in digitally.

But an NHL franchise isn’t just a sports team – it is big business. And like many large enterprises, the Canucks want to use data to engage their customers (i.e. fans) in new and more personalized ways. The team announced a partnership with SAP this week, using the SAP Hybris Marketing and SAP Cloud 4 Customer solutions, which aims to help them do that.

“The rise of big data and social media presents a unique opportunity for sports franchises, in that sports fans are particularly open to and passionate about engaging with their teams,” said John Graham, managing director at SAP Canada. “This means it’s possible for teams to build a powerful real-time picture of what their fans want and will respond to, right down to an individual level.”

“Understanding fan sentiment and using that to personalize the experience is not only about making fans happier, but also about helping sales and marketing reach them more meaningfully to maximize revenue opportunities. I believe it’s something we’ll see more NHL teams adopt as they witness the value in what the Canucks are doing.”

The technology will help the team identify and score fan segments. It will also give them real-time insights into whether fans are attending or renewing season tickets. Beyond that, they’ll be able to deliver automated campaigns with email deal alerts and other capabilities for sales and customer service people to have more relevant conversations with ticket-holders.

“It’s not that a fan is going to get 100 emails a week, but they might get a more personalized message.”

“Teams are looking for ways to create more loyal fans, where their attendance isn’t based on win-loss record,” explained Frank Wheeler, region general manager with SAP Sports and Entertainment. “They want them to be entertained and improve the fan experience. It’s shown that when you create better engagement through these relationships, you get better attendance.”

“Let’s say one person went to five games, bought a hotdog three times, a beer twice and tweeted once,” Wheeler added. “Hybris creates a profile that allows the team based on disparate data sources to better understand who their fans are. It’s not that a fan is going to get 100 emails a week, but they might get a more personalized message.”

Sports and tech are crossing over more and more

SAP may be known more for delivering business and data solutions for more office-bound companies. That said, it has already made big plays in the professional sports marketplace. The SAP Match Insights solution (today called SAP Sports 1) was famously described as the 12th man on the field for the winning German football team in 2014, when it took the FIFA title in 2014.

Teams now use the application, running off SAP-HANA’s in-memory database platform, to enhance player performance and gain a competitive edge.

At the end of 2015, SAP hosted a panel in New York City with fitness social platform Under Armour as well as sports coaching and training staff from the New York Giants, University of Notre Dame, Stanford, and others. The panel looked at how technology could help teams scout better, train more effectively, avoid injuries (for an injury-prone Canucks team, that alone could be a huge advantage) and get better performance on the field.

While the SAP Sports 1 platform is only available for soccer teams in Europe, SAP plans to bring it into other sports in 2017 – and the Canucks very well might be an early adopter. “Hockey is the next sport,” Wheeler says.

SAP was already in conversations with the Canucks about a solution like this over two years ago (which would be right around the time that the Canucks came to the end of a 474-game sellout streak). Season ticket holdings were down.

“Canucks management wanted to be able to better predict likes and dislikes,” Wheeler said. “The first variable could be tickets, but it also could be food, beverage, merchandise and lot of different things.”

It looks like big data is coming to professional sports in a big way, from optimizing fan engagement to helping the team score more goals. The Canucks might just be skating on the cutting edge.

Toronto-based Genesys Capital, which is focused on investing in seed healthcare startups, announced that it’s closed $90 million of its $125 million target for…