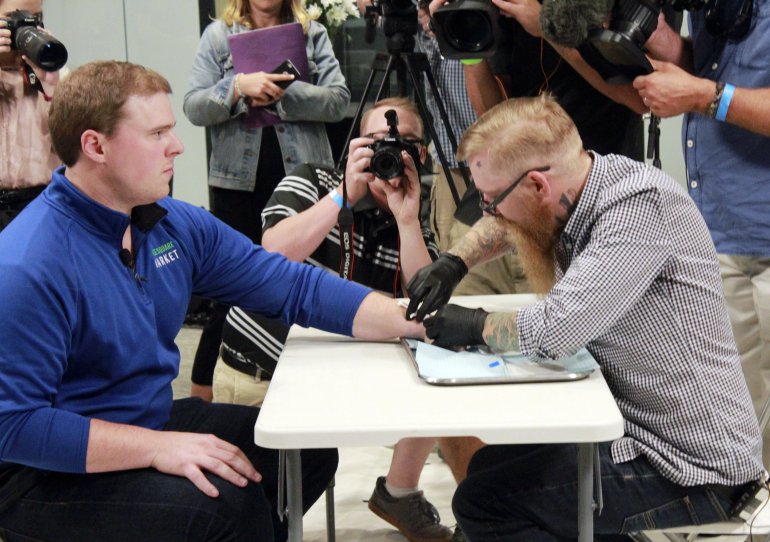 Folks, it has been a cruel, cruel summer (leaving us here on our own).

To combat that, instead of diving into some of the darker bits of news (tech and otherwise) filling our feeds, this week the CanCon podcast keeps it light – like a sun shining down on a beach in the summer. We also catch up on some stories recently missed as our attention was distracted by the endless wave of tire fires.

New leaks about the upcoming iPhone 8 surfaced through a HomePod firmware release. The code exposed features of the yet-to-be-released phone and has consumers all abuzz. In other smartphone news, Andy Rubin’s Essential phone is now available to order. Can the new entrant displace the iPhone as the tech luxury item of choice?

If you’re someone who thinks that tech hasn’t gone far enough to make your life more efficient, get excited for chipping. A new trend has people implanting RFID tags in their hands to streamline the security process of door access, mobile payments, and even unlocking other tech devices. Just a fad or the start of our (inevitable) cyborg future?

If you listened to last week’s episode, you’ll know that Google has been in the news. This week, the team talks about another big Google story: the Supreme Court of Canada ordered Google to remove global search results for websites selling technology allegedly stolen from a BC company. Google has taken the fight to the US court system in an attempt to make this into a freedom of speech fight. The CanCon team is wondering if this approach to a court ruling will set a new precedent for internet regulation standards.

Google is pleading the first
Google seeks to use U.S. law to battle Supreme Court of Canada’s order to change global search results
Stanford Law weighs in: Google’s US Challenge to the Canadian Global Delisting Order

When University of Waterloo student Zack Fisch broke his leg found himself in the emergency room, he had an otherwise normal visit — except…