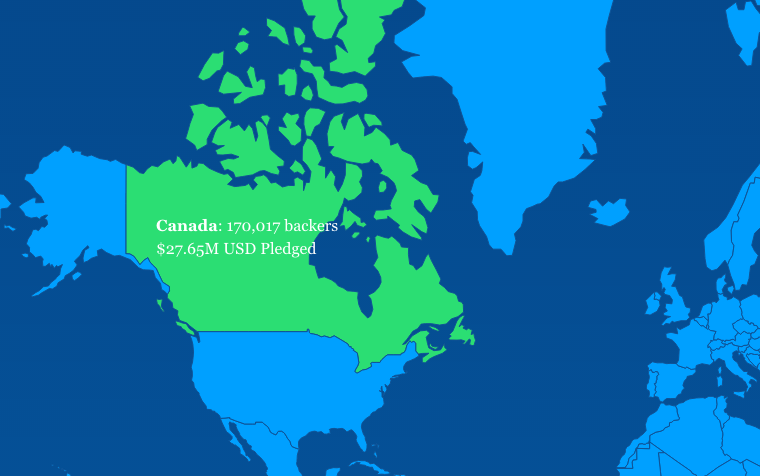 Kickstarter has published a brief year-in-review presentation on its website about the crowdfunding marketplace’s 2014 growth. The numbers are impressive, with the company reporting 3.3 million pledges worldwide totalling more than $500,000,000 USD to fund 22,252 projects.

Canadians played a small role in Kickstarter’s 2014 success, with 170,017 Canucks pledging $27.65 million USD. Unfortunately, Kickstarter has not released any information as to the number Canadian projects that were funded (Canadians have only been able to officially launch Kickstarter projects for little more than a year).

Kickstarter had nine project categories cross the 1,000 successfully funded threshold in 2014, and the detailed breakdown provides insight into the interesting role tech has played in the company’s growth. While Technology was the eighth most popular category, with 1,124 projects successfully funded, it was by far the category with the largest amount of funding pledged, beating out all others at $125 million USD.

Over the course of a weekend, startups got the chance to pitch and showcase their products in a venue not commonly associated with tech:…