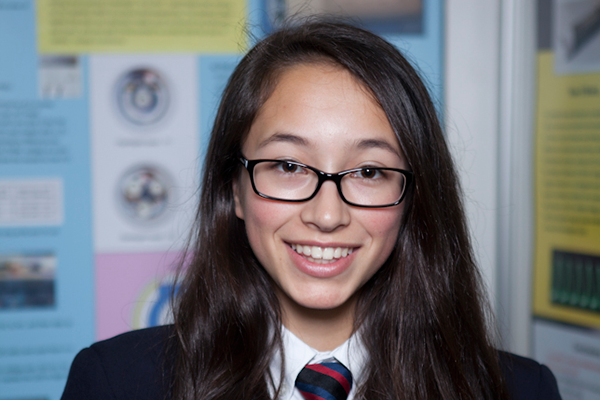 In late June we reported on a 15-year-old Vancouver student who was named a finalist in the Google Science Fair 2013 for her “Hollow Flashlight,” a thermoelectric flashlight that operates solely from the heat of the human hand. Then BetaKit’s Ian Hardy called it a “genius piece of work: incredibly simple and purely driven by human energy.”

Today Ann Makosinski, 15, has been named the winner of her age group for her creation. “Using four Peltier tiles and the temperature difference between the palm of the hand and ambient air, I designed a flashlight that provides bright light without batteries or moving parts,” wrote Makosinski. “My design is ergonomic, thermodynamically efficient, and only needs a five degree temperature difference to work and produce up to 5.4 mW at 5 foot candles of brightness.”

In her video submission to the Science Fair, Makosinski said she created the flashlight partly out of green concerns: literally tons of batteries are disposed improperly every year, leading to environmental harm. The 15-year-old also said on several trips to the Philippines she saw many children without proper studying conditions at night solely because of no access to light. “Imagine what it would be like if they could just have some free access of light,” she said.

The video now has 1.5 million views. In it the Canadian teen also mentions that future uses for the flashlight could be in the medical industry.

As a result of the win Makosinski wins a $25,000 scholarship from Google, a “once in a lifetime experience” at either Google, LEGO or Cern, a personalized custom LEGO colour mosaic and a digital subscription to Scientific American archives for her school.

It will be interesting to know what this bright young Canadian will do following university and we wouldn’t be surprised if we’re writing about her again in five years.

In December 2017, as part of the Innovative Solutions Canada (ISC) challenge program, the National Research Council of Canada (NRC) launched the 3D Printing…