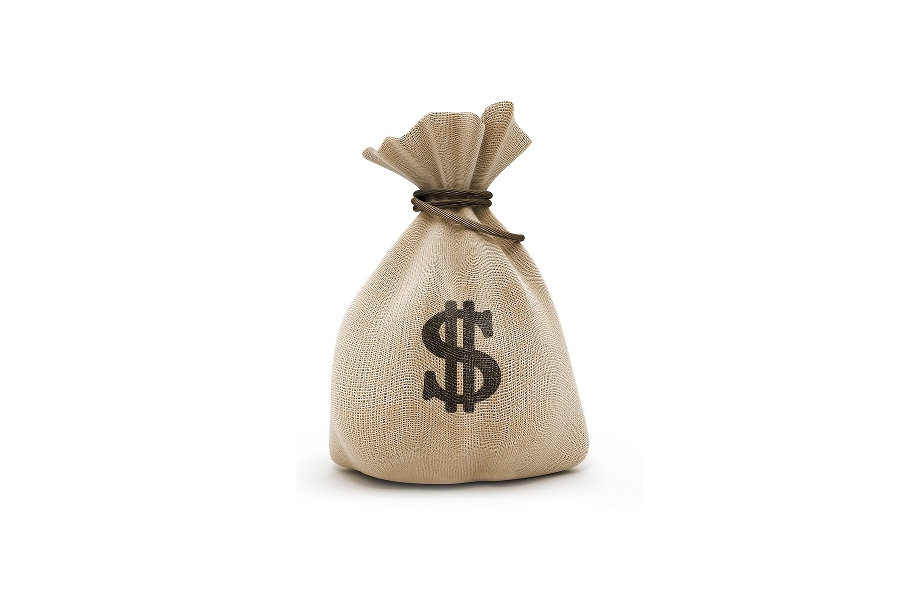 What impact will the impending Shopify IPO have on the Canadian startup ecosystem?

That’s the question we posed to twenty-two startup founders, CEOs, investors, and mentors. It’s a simple question, but an important one. Why? Quite honestly, something like this just doesn’t happen that often in Canada. Few Canadian tech companies have been willing or able to stick it out to IPO, and the commentary below more than anything carries with it a sense of anticipation. For what? Let’s find out.

Rather than just sell, Canadian companies are about to step onto the global technology stage in a big way. How exciting to see Shopify go first. What a great company!

This is an exciting day for the Canadian technology community. Shopify is a great company that has seen incredible success. This IPO will not just help them continue to grow and innovate on a global scale – it will also fuel the tenacity of countless other Canadian startups to compete in all areas of technology. From all of us, congratulations to Tobias and the team.

We know the market is excited about SaaS businesses, like Shopify, that are disrupting traditional models. Shopify’s IPO is a good example of this shift in the software industry and shows how Canada’s thriving startup ecosystem is playing a significant role in this disruption.

Congrats to @tobi @harley & the @shopify team on their IPO announcement. I hope the HOOT ticker is free. http://t.co/XtGwSJKrNe

The success of the Shopify IPO will be an excellent validation of what I believe is strengthening of investor support for new Canadian growth technology companies. Canada’s digital economy leaders like Shopify need support from the Canadian markets to help Canada be more globally competitive.

“We’ll look back at this as the start of a new generation of Canadian tech IPOs.”

We’ll look back at this as the start of a new generation of Canadian tech IPOs. We should recognize that tech companies based here can be global leaders and that it is possible to shift away from a petro-dollar economy in the future.

Shopify has grown into an incredibly successfully company led by a remarkable leader. It’s not just a Canadian company, but one that has spread its influence globally.

There have been very few initial public offerings in the tech sector in Canada in the past decade – in fact, the IPO market has been practically unseen. Shopify’s IPO marks a significant stage in the growth of the business and hopefully fuels the aspirations of other promising private tech companies: to go beyond launching and selling their companies early on in the development process, and rather lead with the vision to build big and for the long term.

This is exciting news not just for Shopify but for the larger tech community. It signals the emergence of the Canadian tech ecosystem, and this is just the beginning. Technology will become a meaningful part of our country’s economy and contribute significantly to the future of jobs. Silicon Valley is an inspiration for us to compete at that level – we need to believe we can do it and this is the rallying cry to entrepreneurs to step up their game.

“Hopefully, it creates a Shopify Mafia with more money, experience, and startups coming back into the Canadian tech scene.”

Shopify filing for IPO showcases that Canada can make some great tech companies and will hopefully continue to generate more interest from both investors and customers. Hopefully, it creates a Shopify Mafia with more money, experience, and startups coming back into the Canadian tech scene.

Having a successful Canadian technology company IPO further solidifies the public markets as a vehicle for exits and capital raising. This demonstrates Canada’s ability to grow and scale global technology companies.

The Shopify IPO is important for a number of reasons. IPOs are an important piece of a well functioning ecosystem – allowing companies to scale here at home, and proving the viability of venture capital as an asset class. But perhaps more importantly, Shopify provides an example for other entrepreneurs (and investors) of what is possible in Canada. We’re witnessing the beginning of a cultural shift in the Canadian tech ecosystem as startups mature and begin to scale in a serious way. Providing support and mentorship to this next generation of companies is incredibly important, and is something that the Shopify team has proven willing and able to do.

“I think that it is really important that we all don’t just assume that this is now going to be easy or the norm for Canadian companies.”

The Shopify IPO is important as a symbol that Canadian companies can get large liquidity events for investors, founders and employees. The perception has always been that we sell out early and the guys at Shopify are showing that you can build, from the ground up, a big meaningful business in Canada.

At the same time, I think that it is really important that we all don’t just assume that this is now going to be easy or the norm for Canadian companies. Companies like Shopify are really rare in this country and my advice to most entrepreneurs is to ignore the hype around events like these and focus all their energy on building great products that delight customers. If, like Shopify, you get enough delighted customers and all the other macroeconomic fundamentals are favorable, then maybe one day you can be in the enviable position to have a liquidity event like an IPO. Until then, be smart and lean and build a real business.

For Canada to be a strong, competitive and global technology leader, it’s critical that we establish world-class technological and entrepreneurial talent. Additionally, Canadian companies need to be able to attract top-tier venture capital that generates significant returns through exits.

The missing piece of the puzzle has been our ecosystem’s inability to create several long term sustainable businesses capable of generating exits through IPO. We’re hopeful that this is the beginning of a positive trend in this direction. These types of businesses can also become potential acquirers of other local venture scale opportunities, thereby reducing the ecosystem’s dependency on U.S. acquirers.

Tactically speaking, the potential injection of new capital into the ecosystem from Tobi and members of the Shopify team will be instrumental for continued growth and well received by the community. Over time, the release of talent that has learned to operate at Shopify-like scale will hopefully form the next wave of great entrepreneurs.

I’m excited about the Shopify announcement on two levels. One, it’s always great to see a Canadian tech company go the full 15 rounds and mature into a world beater. This has to be encouraging to other Canadian entrepreneurs, and success begets success. In addition, I’m hopeful that the value created will reward the investors that saw the vision and took the risk. There are significant returns to be made (and kept) in Canada and we need more institutions playing. Go get em, Shopify!!!

The technology sector has been one of the fastest growing sectors on Toronto Stock Exchange (TSX) and TSX Venture Exchange (TSXV) in the last few years. The Exchanges provide innovation companies of all sizes new funding options. We are pleased to see companies from Canada, the U.S. and around the world turn to TSX and TSXV during their going public transactions. Our markets are where ideas and innovation meet capital, and we are excited to see the next wave of emerging tech companies being built, funded and listed in Canada.

“Shopify has been a community builder – supportive and encouraging to a lot of other software companies.”

Shopify hasn’t been just another company in the Canadian startup space, they’ve played a strong role as a catalyst. Vantage has enjoyed great success working with their impressive platform. More than that, Shopify has been a community builder – supportive and encouraging to a lot of other software companies. I think it’s really important that they continue to play a hub role to Canada’s startup ecosystem.

As a co-Founder of an early stage startup, Shopify’s IPO validates the investor demand for Canadian companies that can offer access to a global market. As more early-stage companies prepare to accelerate their growth this investment reaffirms that the markets will finance exceptional growth in tech companies.

I hope Shopify’s success will continue to signal to investors and future entrepreneurs that Canada is a great place to build a tech company and make big bets.

Shopify has already contributed immeasurably to Canadian technology by drawing interest, expertise, and funding sources to the work we do in our community. What they’ve done to ignite our aspirations around the future of retail will permeate globally for a long time to come.

It’s going to be fun having a new anchor tenant in town to contribute to the next stage of growth in our ecosystem!

Shopify isn’t just a great IPO for Canadian technology (clearly the future of the Canadian economy) – it’s a great IPO for B2B SaaS in general. Their unit economics are incredibly sound (declining net loss amidst incredible growth), proving once again that Tobias and Harley are running a world class organization making real money and generating real value for shareholders.

Shopify’s future growth as a world class organization in Canada will mean more jobs and more U.S. cash via customers and shareholders being deployed into the Canadian economy. Their success and growth is incredibly motivating and will in no doubt represent a shining beacon for the next generation of startup founders North of the border.

The Shopify IPO is the latest example of a stellar Canadian company raising the bar for the rest of us. Only good things come from having an uber successful, global, game changing company bringing profile to the amazing innovation going on in Canada. What does the IPO do? It gives us hope, it makes us feel proud, it sets a high standard that everyone can strive for, and it gives us an example to emulate.

It’s a great example of the strong companies we are producing in the tech sector in Canada and a compelling example of the capital that is readily available to Canadian tech companies that achieve meaningful scale.

The Shopify IPO hopefully paves the way for more of Canada’s high caliber tech companies to consider the public markets as a platform to access capital and apply that capital to accelerate a proven business model.

This is extraordinary for the Canadian tech scene – best thing since BlackBerry. I hope the Founders, investors and early employees go on to mentor and invest in young companies to create many more Canadian successes.

“Tobi has built a world-beating business in the most gracious way. The ideas he exposed me to altered the trajectory of my career. He was always ahead of the curve.”

Tobi has built a world-beating business in the most gracious way. Early in my career, before Tobi launched Shopify, he introduced me to a then-new technology called Ruby on Rails, and an ‘agile’ approach to developing software, before it was even called ‘agile’. The ideas he exposed me to altered the trajectory of my career. He was always ahead of the curve and so many of us fellow entrepreneurs and technologists benefitted from being around him. Its surreal but not surprising that he’s scaled Shopify to such a height.

After it was reported a few weeks ago that Extreme Venture Partners could be shuttering operations, Toronto-based venture capital fund iGan Partners reached out…