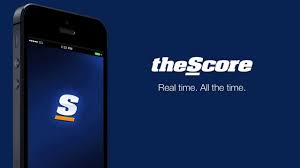 theScore’s Canadian-made sports app has been named among the “100 Best Android Apps of 2013” in PC Mag.

theScore was one of only two sports apps to be included in the list by the influential tech media outlet. It was featured alongside mobile products from other top developers including Facebook, Pinterest, Flipboard and Netflix.

theScore provides comprehensive coverage of more than 20 sports and leagues, 800 teams and 15,000 players, while its personalization features allows users to receive the scores, news and alerts that matter to them.

Its news updates are delivered using a mobile-first approach, where up-to-the-minute content is presented in “snackable bites” that break down the biggest stories into the most important elements – stacking each update on top of the last. Content is created in theScore’s mobile newsroom, which is powered by an in-house, custom-designed content management system (CMS) that allows journalists to deliver mobile sports news quickly. About 35 journalists work in the downtown Toronto newsroom.

In June theScore’s television side of the brand was acquired by Rogers in August 2012 and renamed Sportsnet360 in June of this year. The digital side of the business, however, remains independent and still owned by theScore, though Rogers is a minority investor.

theScore is available on iOS, Android, BlackBerry and Windows Phone devices and its mobile platforms are used by about five million users a month.