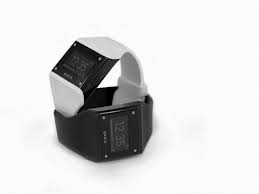 Intel has won a sweepstakes of sorts, agreeing to buy Canadian-born startup Basis for “around $100 million,” according to Techcrunch.

Originally from Vancouver, Basis relocated to its current headquarters in San Francisco amid raising a total of $32.3 million through several rounds of venture capital. The company known as Basis Science designed a wrist-based health tracker and online personal dashboard that encourages users incorporate healthy habits into your daily routine.

The company currently commands about seven percent of the market, a bit under Jawbone’s 21 percent. Techcrunch said Intel was vocal about its interest in the wearable tech market at this year’s CES conference. The news blog see’s this purchase as an attempt to further its presence in the space.

Also according to the blog, Intel is in the middle of a race with Qualcomm, Texas Instruments and STMicroelectronics to be the main supplier of chip sensors for wearables. “But by acquiring Basis, it gains access to a team that has built one of the most powerful and comprehensive wearables to date, which it then can set upon its own designs,” wrote techcrunch.

In October Basis received $11.75 million in series B funding from Intel Capital, iNovia Capital, Dolby Family Trust, Stanford University and Peninsula-KCG as well as existing investors Mayfield Fund, DCM and Norwest Venture Partners. Before that in early 2011 it raised a series A round worth $9 million.

The company’s flagship product is quite advanced. It features multiple sensors that measure optical blood flow to measure one’s heart rate throughout the day, detects the body’s movement to check on activity levels and sleep quality, it monotors perspriation during workouts and even checks exertion levels by measuring changes in skin temperature.

Users then get to visualize all this data via analytics and metric charts online. Right now the smartwatch goes for $199 US with free shipping.