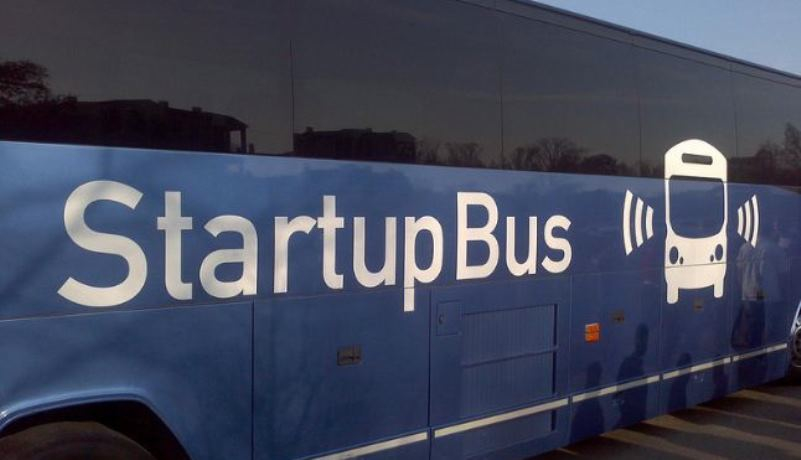 You and a team of strangers on a bus for seventy-two hours on the way from Toronto to SXSW to launch a startup. This is the model for StartupBus, a unique take on the hackathon where teams collaborate and code as they travel to Texas. Founded in 2010, StartupBus is now entering its fifth year, but this is first time Canada will have a bus in the competition.

The Canadian bus will join five others, four from different parts in the United States and one from Mexico. All six buses are headed to Texas to compete in the North American two-day startup competition which takes place in San Antonio.

The Canadian organizers expect to fill one bus of about thirty-five people which will house five to six teams. The bus will depart from Toronto March 2nd and will have planned stops at a couple of accelerators along the way. These visits will give the “buspreneurs” a chance to get valuable feedback from mentors to help shape their product before the competition.

Selecting the right people to put on the bus is critical to the competition which is why StartupBus’ application process includes an interview with one of the organizers. “We are really looking for people who are the right fit for the bus,” Producer Paul Vlahov told BetaKit. “The kind of people who are looking for an adventure, who are talented, who have the right energy, and that you can stand to be on a bus with for seventy-two hours. It’s hard to find that mix”.

A candidate with the right skills, personality and attitude will be necessary to tackle the potential challenges teams may face along the way. Outside of expected pressures of starting a business with strangers in a matter of three days, teams may have to deal with buses breaking down, timed bathroom breaks and, in my case car, sickness. The bus does stop at night to refuel and give the team a chance to sleep in a real bed in a hotel, although Vlahov explained that this time is usually used for coding.

If the first thing that came to mind when you heard StartupBus is a vision of a couple of coders on a school bus headed south of the border you aren’t alone. It’s immediately what I thought too. Luckily for the team members this isn’t the case. The bus used for the competition is more of a motor coach with tables that seat up to four which is much more conducive to getting work done.

Last year, StartupBus was featured in a COIN docu-series called “Highway Hackers”. This year those interested may be able to follow the bus via a live stream, live blog and on Twitter, although all these details are still being worked out by the organizers.

StartupBus Canada is still accepting applications for a spot on the bus. Vlahov told us that they are actively recruiting in cities across Ontario as well as areas in all parts of Canada to help make the bus as diverse as possible. So if you’ve ever wanted to code crammed in a bus on the way to Texas, this is your chance to cross that item off your bucket list.