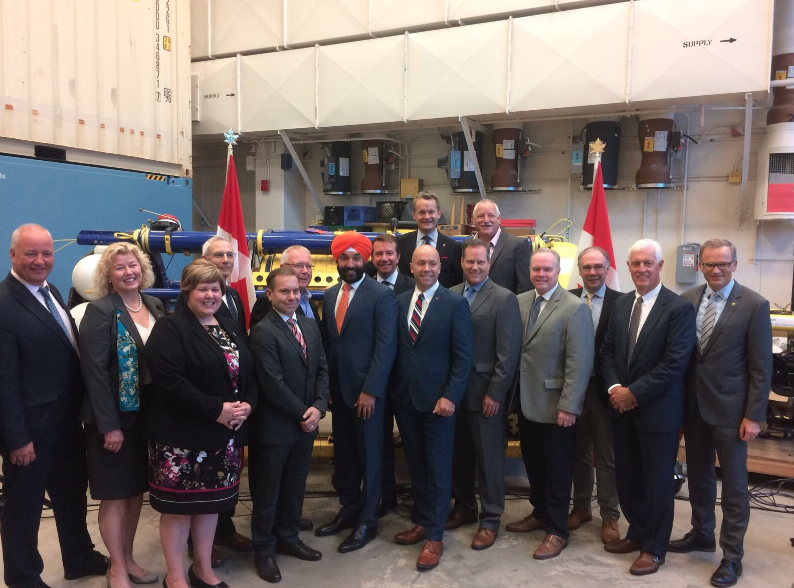 The Canadian government has announced its first supercluster in Halifax, kicking off a cross-country tour of announcing shortlisted superclusters across Canada.

The Ocean Supercluster was the winning applicant from the Atlantic region. The Globe and Mail reported that the Ocean supercluster would be led by Emera and Clearwater Seafoods to invest in digital technologies for offshore industries.

“I’m thrilled to kick off a cross-country tour in Halifax today to announce shortlisted applicants to the Superclusters Initiative. Superclusters are job-creating regions with strong economies, like Silicon Valley, and our government intends to create five of them in Canada,” said Navdeep Bains, Minister of Innovation, Science and Economic Development. “Through the Superclusters Initiative, we’ve started conversations and created solid partnerships between government, the private sector, academia and communities. In today’s knowledge-based economy, this collaboration is essential. Together, we are building the economy of the future, creating the jobs of today and tomorrow and gearing up for global success that will benefit all Canadians.”

The Globe reported that it had obtained a detailed shortlist to be revealed throughout the week:

Full applications are due from shortlisted groups by November 24. Out of the nine shortlisted, five will be selected as official superclusters.

The $950 million supercluster initiative was first announced in the Canadian government’s budget in March 2017, announcing an interest in digital, cleantech, agrifood, advanced manufacturing, biosciences, and clean resources industries in particular.

The government officially opened applications in May, adding that eligible consortia must include a minimum number of partner applicants, and be represented by a lead applicant. Consortia must also use funding from the private sector and co-invest — dollar for dollar — to match the federal contribution approved under the program.

The government has obtained 50 proposals involving over 1,000 firms and 350 participants. The Globe reports that final bids could be different from the shortlist, and has encouraged the nine shortlisted to bring in more partners — and for those rejected to join groups that have been shortlisted.