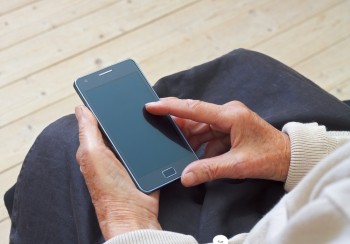 Canadian startups are committed to a digital strategy, but many can improve their competitiveness by turning this drive into “more effective digital business models,” according to a new Accenture report.

The research study, “CEO Briefing 2014 – The Global Agenda: Competing in a Digital World,” said Canadian business leaders understand the connection between digital business models and growth better than many of their global counterparts, but have yet to fully anchor their global digital strategy at the level of the CEO.

The majority of Canadian executives (51 percent) said that their digital investments are focused primarily on driving growth opportunities rather than on achieving efficiencies, versus only 31 percent of the executives surveyed outside Canada. This suggests that Canadian businesses are more growth oriented with their digital investments than those in any other mature economy.

Even so, responsibility for digital innovation in Canadian enterprises is most likely to rest with a technology role, with 35 percent citing the CIO and 27 percent the CTO. Less than a quarter of Canadian respondents (23 percent) say responsibility for digital innovation rests with the CEO. That differs from responses of business executives in the global sample, of which 35 percent say the CEO is most commonly the leader of the digital agenda. Further, nearly four in 10 Canadian executives say that one of the most significant challenges they face when implementing digital initiatives is the lack of senior executive support.

“Our research suggests that Canadian business leaders appear more committed to implementing digital technologies than their counterparts elsewhere and they are more likely to see digital business models not merely enabling greater efficiencies, but driving growth opportunities,” said Accenture’s managing director in Canada, Stephen Gardiner.  “But they need to do more to make the digital agenda integral to the CEO’s growth strategy if they are to use it to break into new markets, form new cross sector partnerships or create entirely new product and service portfolios.”

Canadian business leaders are showing strong enthusiasm about the role that digital transformation will play in improving business performance, according to the study. They are more likely than their counterparts in the U.S. and other major markets to consider all of the major digital technologies important to their company in 2014, including data analytics (cited by 73 percent), mobile (77 percent), social media (64 percent), machine-to-machine communication (65 percent), e-commerce (82 percent) and cloud computing (65 percent).

The study also revealed that Canadian executives are optimistic about the economic and business outlook in 2014 (89 percent) compared to respondents elsewhere (76 percent). However, Canadian companies appear less likely than their U.S. and global peers to increase investment in research and development in 2014. 71 percent of Canadian respondents indicated that such investment will increase this year, compared to 80 percent of global respondents and 87 percent of those in the U.S.

“Optimism about business prospects in the short term will not make Canadian business immune from the potential disruption to traditional industry sectors caused by new technologies and start-ups,” said Gardiner. “To avoid the gap between optimism and challenges posed by new competitors, established local companies in a range of traditional sectors should proactively explore new business models to disrupt their markets, before they are disrupted themselves.”

The report suggests a few steps to help businesses to capitalize on their digital strategy:

Shopify announced on Tuesday that the e-commerce company is expanding into the email marketing space. This new product line puts the Ottawa-based company in…