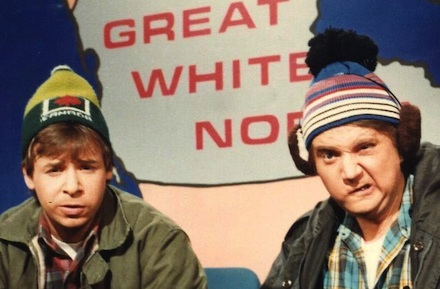 The value of orders placed online by Canadians reached $18.9 billion in 2012 while Internet use increased across the board since 2010, particularly from a rise in usage from those 65 and older.

The new numbers came out this morning as part of a new Statistics Canada report entitled, “Individual Internet use and e-commerce, 2012”.

Not only are Canadians buying online,  but almost one-quarter (23%) sold items online, either through online auction sites or other means.

The report also shed light on the growing amount of Canadians who are actually using the internet: 83 percent of Canadians aged 16 or over used the Internet for personal use from any location, up three percent from 2010. This is partly attributed the rise of Internet use among senior citizens. Internet use by Canadians in this demographic rose by eight percent to nearly half (48 percent) in 2012.

Those are some seriously indicative numbers for a generation of Canadians that many assume can’t even understand how to turn on a computer. Statistics Canada spokesman Mark Uhrbach told the Toronto Star today that it’s likely just a matter of time until seniors are no longer lagging other age groups in Internet usage.

“The use of the Internet may not only be age (based) but there’s also sort of a cohort effect,” he told the Star. “Once people start using the Internet they’re not likely to stop using it as they age. So as young users and boomer-aged users move through the age cohorts perhaps we’ll see that trend continue.”

Provincially, the lowest levels of Internet use were found in Newfoundland and Labrador as well as New Brunswick, both at 77 percent, but even three quarters of the province’s people is still a high number: Canadians in every province are using the net at a high level, and this shouldn’t be surprising to anyone.

Internet use via mobile phones jumped a big 25 percent from 2010, when just 33 percent of Canadians were accessing from their phones. Now 58 percent are. Within mobile the generational divide in Internet use was striking: Canadians aged 16 to 24 were most likely to use a wireless handheld device to connect to the Internet (84 percent) while just nine percent of those 65 or older accessed the net from their phones.

New Indian startup Kinesis.io wants to help make it easy to leverage Microsoft’s Kinect, which is still one of the most interesting things to…