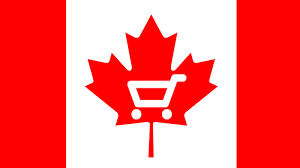 Statistics Canada revealed that Canadian businesses sold $136 billion worth of goods and services online in 2013, which was about an 11.5 percent jump from the previous year’s $122 billion. Still, just 13 percent of businesses actually sold things on the Internet.

For comparison, Forbes’ pre-2013 estimate of ecommerce value in the U.S was $262.3 billion. Canada’s numbers are nowhere near its neighbour to the south, nevertheless, the new Canadian figures are encouraging. Improvements like these will continue to chip away at our unfortunate national sentiment that Canada is “lagging” in eCommerce.

Wholesale trade, manufacturing and retail trade accounted for 61 percent of the value of e-commerce sales, similar to the 2012 results.

Estimates of e-commerce and digital technology use based on a sample of approximately 17,000 private Canadian enterprises. Enterprises of all sizes, including enterprises with no employees, were included in the sample.

Large companies, those with 100 or more employees, accounted for nearly all of the growth in the value of online sales in 2013. Those businesses were responsible for about $87 billion, or 64 percent of the value of total online sales.

Just under half of Canadian enterprises (47 percent) purchased goods or services online in 2013.

Recognizing that Canadians no longer only access the Internet through a traditional computer, almost one in five (19 percent) enterprises with a website had it optimized for mobile users.

38 Percent of enterprises with a website had social media integration, compared with 33% in 2012. The use of social media to direct traffic to an enterprise’s website (41 percent) was the most commonly cited strategy.