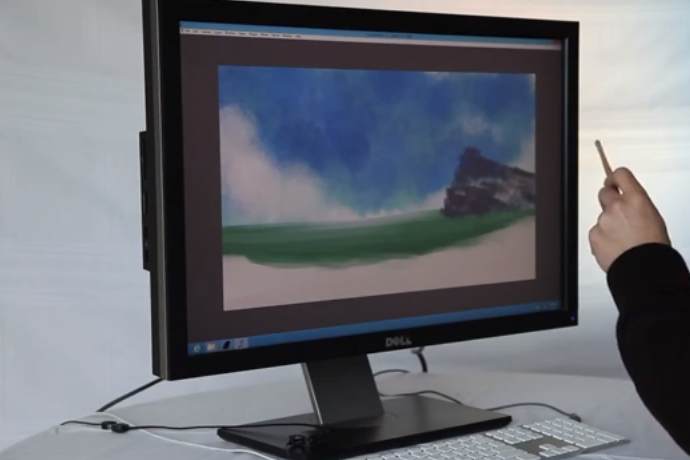 It’s a big day for Leap Motion. The gesture-control device, one that will finally make Minority Report a reality, has officially launched today. Worldwide shipments of pre-ordered units, including those to Canada, are on their way to users nearly one month after the original May 13th target date. Leap Motion is also on track to make their devices available in Best Buy stores in the US on July 28th, but the company said they’re aggressively working to expand their retail presence internationally… so for now Canadians can only get their hands on one by ordering online.

Along with the device shipments, Leap Motion has also officially launched their app store, Airspace, with a starter catalogue of approximately 75 apps. This is up from the 50 apps that were available when the Airspace beta opened in June with over 12,000 developers.cat

Airspace is Leap Motion’s app store where users can discover, buy, download and launch apps. It can be accessed via an app called Airspace Home, which is essentially the hub for all downloaded and installed apps for the device. Airspace apps support Windows 7 and 8 and Mac OS X 10.7 and 10.8 with Linux support in the works, but not available at this time.

Like other app stores, Airspace requires developers to submit their apps for review and approval prior to becoming available for download. Of the first developers to have an app available in the Airspace store are three Canadian companies:

Corel Corporation’s Painter app is one of the apps Leap Motion is featuring in their launch announcement along with a plug-in for Autodesk, ZeptoLab’s Cut the Rope, and Disney’s gesture-control version of Wreck-It Ralph. The updated Painter app, which has been around since the 90s, was also demoed at this year’s SXSW earning positive reviews.

Painter Freestyle uses Leap Motion’s 3D interaction to let users paint with their hands or virtually any low-gloss tool held in your hand like chopsticks, drumsticks or even a paint brush. The Painter app can handle 2-10 strokes concurrently with each stroke influenced by pressure and tilt information to make the painting experience as natural and intuitive as possible. Painter also takes advantage of Leap Motion’s precision tracking of up to 1/100th of a millimeter to allow artists to have better control of their tools when they paint.

Other apps in Airspace for launch include the first branded news app, The New York Times, and a gesture-controlled version of Google Earth 7.1. You can check out the full catalogue of apps for Leap Motion in Airspace. Devices can be ordered online for $79.99.

As BetaKit’s Ask an Investor series often shows, there are common questions many entrepreneurs have when they’re thinking of raising funding. How do you…