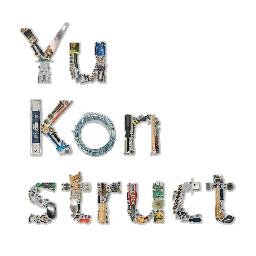 It might not be akin the the gold rush of yesteryears, but people will be flocking to Whitehorse, Yukon this weekend. There they’ll take part in Hacking Health North, a HackingHealth-sponsored hackathon that will focus on healthcare-related apps in remote communities.

Those working in, or interested in healthcare and technology in the Yukon will come together to design and prototype realistic solutions to the complex problems of healthcare. Already 60 participants are set to come to the Kwanlin Dün Cultural Centre. The hackathon will also welcome remote participants across the northern territories and the rest of Canada as well, fitting with the initiative’s overall scope.

One of the organizers is Benjamin Sanders, who previously worked with HackingHealth’s Jeeshan Chowdhury within the European Space Agency’s “Vomit Comet,” a roughly $6,000 trip that flies passengers into space at 1.8 G (G-force). The only two Canadians made sure to bring along one of Jarome Iginla’s hockey helmets (assuming from when he still played for the Flames…sorry Boston, no love over here).

Sanders said the idea for the hackathon came about from an original plan to build a MakerSpace in the Yukon. In January the organizers held a meeting to see how much interest would follow. 220 people showed up and four months later the space is a reality. It’s called “YuKonstuct“. On top of that they also released a balloon into the stratosphere, and now of course, they’re gearing up for the big hackathon.

Sanders said there’s never been a hackathon in the northern provinces, and so explaining to people the concept took a bit of time. “The idea on its own is still relatively new here but there’s been a lot of intrigue and interest in that approach,” Sanders told BetaKit. “Part of the challenge and opportunity in the north is overcoming the remote distances between some of the communities. We thought this would be the perfect opportunity, not only to engage more Yukoners and other Canadians, but it’s very fitting in our efforts in trying to address some of these opportunities in delivering better health care in more innovative ways.”

He’s also enlisted the services of a few well-known Canadians to be present in Whitehorse during the hackathon, like Canadian astronaut David St. Jacques. Doctors Christopher Naylor and Ken Quong as well as several other mentors will also help out.

In Hacking Health’s recent Montreal hackathon, over 500 participants came. There’s only about 35,000 in the entire Yukon territory, so Sanders is hoping for over 100 people to join the initiative.

“We’re approaching this as a first attempt, and if the model works we might try to run some hackathons in different sectors, engaging people remotely. We expect there will be some kinks, but that’s the part of approaching any new idea with technology: it’s jumping in, learning, iterating and making that next one better,” he said.

Some of the ideas already put forth on the hackathon’s bulletin board including a “Doctor Magnet” to attract doctors to the Yukon and ensure they stay there. The joke is both funny and actually relevant: there’s several remote communities that must schedule a doctors to regularly visit, because there’s none there. More serious projects include 3D-printed casts, NDC-enabled medical bracelets, an app to help pregnant women in the north to access services easily and even an alternative to bear spray (so northern).

“Health is the great equalizer in many respects and it faces all of us,” said Sanders. “So a lot of the challenges that we’re facing here are ones that other people in the rest of Canada would find as well.”

Developers from all the way in Vancouver will be making the trek this weekend, while some from Edmonton will participate remotely. Sanders see’s it as a positive step for awarneess surrounding health initiatives coming out of the Yukon.

“There’s some interesting innovation going on and that surprises people. Part of what we’re hoping to demonstrate is that the Yukon could actually be a place where this type of work can be produced from,” he said. “As much as we’d like to tackle some challenges in healthcare over the weekend, we’d also like the rest of Canada to know too that this is a great place to be able to be innovative and build some innovative things.”

TeamBuy.ca raises another $5 million to become the “leading shopping destination for Canadians”

TeamBuy.ca, the Toronto-based group buying site was founded in 2009 by Edward Yao and Andrew Hutchings, has just announced that they’ve raised another $5…