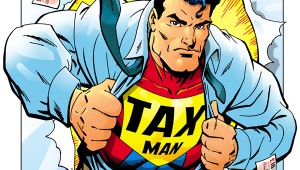 Startups working out of the Great White North may be living the good life after all.

Toronto, Montreal and Vancouver placed first, second and third among worldwide cities and their tax competitiveness rank for business. It means that starting a business in Canada will cost you a lot less in term’s of the government’s cut than say, the United Kingdom, the United States, Mexico, the Netherlands and others.

The new figures came in KPMG’s Competitive Alternatives 2014: Focus on Tax, where Canada’s three biggest cities held the top three spots among the 51 major international cities (population of two million or more) included in the 2014 report.  A total of 107 cities were featured in the study, of which 15 were Canadian.

Edmonton ranked as the most tax competitive city in Canada, when all cities were factored in regardless of size.

The study also revealed there is no standard approach in setting tax policy among the countries studied.  Although the types of taxes used to raise government revenues are more or less similar among countries, there is a large range in how these taxes are weighted and applied.

Some countries have a tax policy focused on delivering a low corporate income tax rate in order to compete for more businesses. These countries may need to rely more heavily on other taxes, such as sales or payroll taxes, to derive their tax revenues. Similarly, some countries use their tax policies to attract certain types of businesses with targeted incentives for activities such as manufacturing or research and development (R&D). The Organisation for Economic Co-operation and Development (OECD) continues to address these types of differences in its BEPS 15 Point Action Plan to introduce global collaboration to modernize the international tax system.

Smaller Canadian cities, in addition to the larger international ones, were also studied as part of the 2014 report.  The 15 featured Canadian cities ranked ahead of their US counterparts yet again; however there are some changes this year in the national rankings:

Miovision, the company behind a cloud-based management platform to help provide insights into traffic, announced a partnership with fellow Waterloo-based startups Ecopia Technologies and…