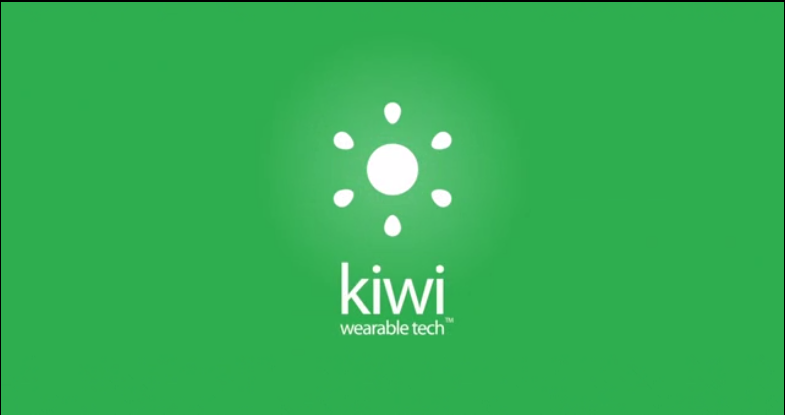 Kiwi Wearables isn’t interested in just building the next fitness tracker, health monitor or home automation tool. They actually want to do all of the above and more.

At first glance, Kiwi Wearables may look like some of the other wearable devices coming out to market. The Toronto-based startup has developed an internet-enabled motion sensor device called the Kiwi Move. The Move could easily be clumped together with the likes of Nike’s Fuelband, Fitbit or Misfit Shine. Kiwi Move can be worn through out the day to count steps, measure activity levels and understand sleep patterns.

But upon closer look it’s clear that Kiwi Wearables isn’t creating a single-function device but rather a platform from which an infinite amount of use cases can be built with their device. “We aren’t looking to create one killer app, our killer app is ubiquity,” Kiwi Wearable’s co-founder, Ashley Beattie told BetaKit.

Kiwi’s main goal is to gain support from the developer community to establish a new app ecosystem around the Kiwi Move. Kiwi Wearables is providing the hardware and are looking to the app developers to define how they want to use it. In this way, the sky’s the limit on what Kiwi Move will be able to do.

“Our platform makes developers think outside the box. I can see Kiwi Move be used to create new musical instruments, new ways to communicate and great ways to automate things that aren’t currently automatable,” said Beattie.

Kiwi’s model is not unlike what Apple accomplished with the iPhone. Apple’s smartphone helped establish a whole new software market that really didn’t exist before – the App Store. The iPhone’s success can be attributed to the developers who transformed Apple’s hardware into a gaming console, cooking tool, library and more. “The app store introduced a new function, the multi-purpose device,” said Beattie. “Before that you had phones that weren’t so multi-function. The function you bought was the function you got.”

Beattie told BetaKit that it is important that Kiwi’s platform be open and that their relationship with developers be a true partnership. “We want to enable developers to participate in our ecosystem as equals rather than them being our younger brothers,” said Beattie. “We would rather be a big community where everyone is getting a fair deal because that encourages more participation and it also gives the app industry a chance to re-invent itself”.

Kiwi Wearables’ emphasis on building a developer community will be echoed in their upcoming crowdfunding campaign expected to launch mid to end of this month. Instead of creating a campaign tailored to the consumer, Kiwi’s first crowdfunding project is looking for developer support.

The crowdfunding campaign will put the device in developer’s hands late 2013 / early 2014. This is an important step leading up to an app competition that Kiwi Wearables will be launching after their campaign. The overall goal of the crowdfunding campaign and the contest is to be able to go to market with more than just the flagship apps that Kiwi have built for move. They expect to release their consumer-ready product in 2014.

Kiwi Wearables is off to a great start. The team was awarded the Vertical Disrupter Award at this year’s TechCrunch disrupt in San Francisco. They were also the device used for the winning team at the Next 36’s Wearable Tech Hackathon.

They say necessity is the mother of invention, and for Bunz founder Emily Bitze, the story is no different. After struggling to live on…