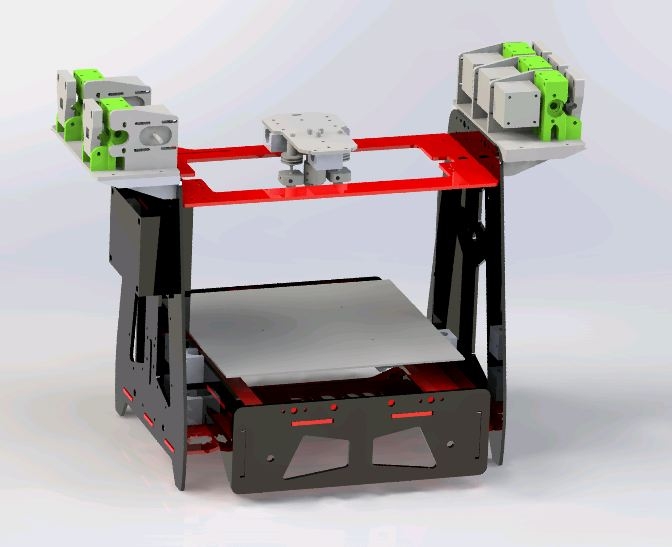 3D printing has had a great year so far. Although still a relatively nascent market, we have already seen its impact in strengthening the maker movement, shaping new ideas in fashion and even selected as a valid tool to help colonize Mars.

According to Gartner shipments of sub-$100K 3D printers are expected to reach a total of 56,507 units this year with this number doubling year over year. Gartner expects that by 2015, seven of the 50 largest multinational retailers will sell 3D printers through their physical and online stores. We have already seen Staples and Amazon jump on board to offer these new products to consumers this year.

There are a number of 3D printers that have become quite popular for consumers mostly based on their cost and their ease of use. MakerBot Replicator is the defacto in this space. But others like Cubify and FormlabsForm1 are also well known. Most of the 3D printers began as a crowdfunding campaign and have gone on to see success as commercial brands after funding.

Attempting to follow in their footsteps and perhaps even squashing the existing competition is Cambridge-based ORD Solutions.

ORD, which stands for Object Replication and Design, have started a Kickstarter campaign to crowdfund the first affordable five-color/material 3D Printer – the ORD MH 3000.

If you are not familiar with 3D printing you should know that having a unit that is equipped with five nozzles is pretty impressive. Most of the affordable 3D printers on the market today come equipped with two or three.  The more working nozzles the printer has the more intricate your 3D printed object can become.

ORD’s Kickstarter unit will be able to print an object with five different colors throughout the object without stopping to switch the filament. Or you have the option to customize your order so that you use three of the five nozzles for different colors, one larger nozzle for faster infilling, and one for a different support material.

In addition to the number of nozzles, ORD’s 3D printer also boasts a completely redesigned Y carriage for greater width of 3D prints and the entire printer is constructed from aerospace grade aluminum. So it’s a pretty solid piece. ORD intends to build the printers with as much Canadian material as possible and will manufacture and assemble the units in Cambridge, Ontario. The 3D printer will also ship fully assembled and calibrated which means it’s pretty much plug-n-play ready when it arrives at your door.

ORD is not new to the 3D printing space. The Kickstarter printer will be the based on the existing model they are selling on their site called the BTO1001R2. Because they are already in the 3D printing business, they already have the suppliers, production plants, shipping contracts and a full ERP software suite to guide them through the process.

As ORD is “cutting out the middle man” they are able to offer their unit at an extremely competitive price. In this handy chart provided by ORD, they compare their unit at $2199 to the MakerBot Replicator x2 which offers two colors at $2799.

The first batch of printers (of which were only five) have already sold at a pledge amount of $1,694 (plus shipping) and are expected to ship for December 15th of this year, just in time for Christmas. But ORD still has many units in their second batch which are going for the same price and shipping just before the New Year. Backers who purchased a printer will also receive a one-year warranty and a 1kg spool of filament for each nozzle.

ORD has already successfully raised more than double the amount of their Kickstarter $25,000 goal with over $68,000 and six more days still to go on the clock.

Blue J Legal raises $9.3 million CAD to expand legal platform to the US

Toronto-based Blue J Legal has raised $9.3 million CAD in a series A round. The round was led by Relay Ventures, with participation from…