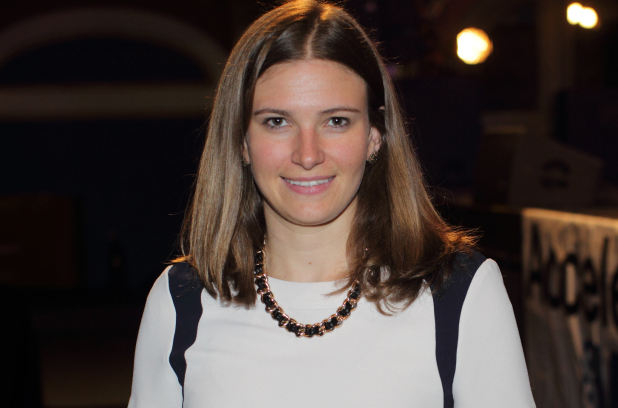 Atlee Clark, now the former executive director of the C100, Canada’s US-based organization that supports Canadian technology entrepreneurship, has moved on to take a position at Shopify. She was formerly the first employee to be hired by the C100.

“This fall, I will be joining Tobi andHarley and the rest of the Shopify crew to lead their app store and 3rd party developer ecosystem,” wrote Clark in a blog post. “I’ll be staying in San Francisco but working with the great team they have in place in Ottawa. For me, it’s a huge challenge and huge opportunity – and I can’t wait to get started.”

She described her time at the C100, which runs popular cross-border programs like 48 Hrs in the Valley, as a “non-stop whirlwind” since getting hired, including “wins and losses, good decisions and bad and a lot of throwing spaghetti at the wall to see what sticks.”

“Even though my time is done at the organization, my dedication to the C100 mission is far from over.  There are many great people and entrepreneurs who need to get their stories and successes heard. I will continue to be an advocate and supporter for Canadian tech entrepreneurs here in the Silicon Valley and elsewhere,” wrote Clark. “So please keep me in the loop, reach out, let me know when you are in town for a visit and I will always try to help out.”

Shopify, meanwhile, might be the one startup in Canada right now that one would expect to be able to higher someone like Clark.

Since raising $100 million dollars in a series C round in December 2013, the company went on to announce that 100,000 businesses were using the software for their online business needs, as of April.

Over the past week, two Canadian companies have made acquisitions of companies across North America. Here’s the latest on Canada’s movers and shakers. Volaris…