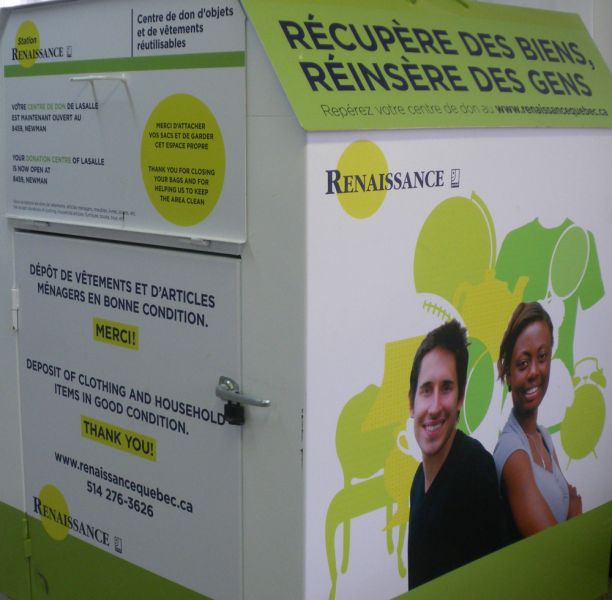 Montreal startup Busbud was in the giving mood this year and decided to create GeoDonation, a website that maps out over 1,000 different donation boxes and locations throughout Montreal.

Maurice said the motivation came as a result of staring at a pile of used clothes near his door that he planned to donate. The task kept getting put off mainly due to the fact that he didn’t know where some of these donation boxes existed. It’s a common problem that many people face when they have stuff that shouldn’t be thrown away, but rather given to others who need it more. Sometimes the donation bins can prove elusive to find.

Some of the organizations represented include Société St-Vincent de Paul, Société des Grands Frères et Grandes Soeurs de Montréal, Fédération Québécoise de la Déficience Intellectuelle, Entraide Diabétique du Québec, Salvation Army, Renaissance Québec and others. While over 1,000 locations are listed on the map, more actually do exist throughout the city. But Maurice wanted to focus on the trusted charities, particularly after March when it became known that private companies were planting identical boxes to charity boxes, selling the clothes afterwards.

“The whole spirit of it was, we wanted to do something to contribute to the vibrancy of the city and just to give back to Montreal,” said Maurice. “We get a lot from the ecosystem and the city, and so a lot of people on the busbud team contributed a few hours each to this. It’s a little contribution.”

It’s quite a cool little side project that the Busbud team has made, and Maurice said the site will be improved over the next few days, with a French version and a few more features too. They’re also planning a native mobile application for iPhone and Android for early 2014.

Maurice wanted to code it last year, but couldn’t get around to it, so now was the time to get the site done too.  People are in the mood to give a around the holiday season, and they’re home more often.

So far the feedback has been positive.

“I received dozens of emails from different people who told me, ‘on the weekend Im going to use your app, I have a bunch of stuff,’ so I was pretty stoked about hearing that people had the same problem as me and they wanted to use the tool,” said Maurice.