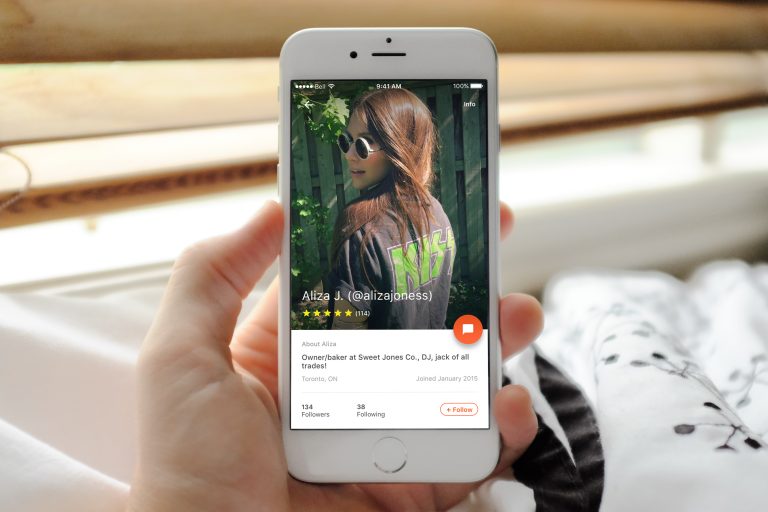 In a public statement explaining the ‘Bunxit’, Palz admins outlined their reasons for no longer associating the Facebook groups with Bunz.

“We were told that if things were going to fall apart there would be some kind of notice, so that we would have an opportunity to make a decision about what we wanted to do with this currency that we bought into,” said Farrell Rafferty, an admin of Palz Trading Zone, which has over 66,500 members. Rafferty told BetaKit he currently has about $700 worth of BTZ. “Which, as you know, didn’t happen.”

Merchants were asked to pay a $9.95 + HST subscription fee to accept BTZ, with one unsure if they would receive a refund. Cherie Lunau Jokisch, the owner of gift shop Beadle, said vendors like her were not informed of the changes beforehand, despite being promised 30 days notice of any major changes.

When reached for comment, CEO Sascha Mojtahedi said that Bunz would refund the merchant fee owed to partners that no longer have access to the program.

It’s not clear how much control Bunz has in this situation. In 2018, Facebook banned the sale of community groups, which are often set up and run by local volunteers. The ‘Bunxit’ will nevertheless be a hit to the company, which has been working to drive signups to the Bunz app. Bunz (now Palz) groups have hundreds of thousands of members, and could drive sign-ups to the app and get more people using BTZ.

In some cases, admins were also offered BTZ for volunteering their time on behalf of Bunz; admins were offered the choice of either cash or BTZ in exchange for working events that promoted the app. Shannon Dickson, former admin of Bunz Curvy Zone and Bunz Tattoo Zone, said that she worked for five hours over two days during Toronto Pride last year, promoting the app at a Bunz tent.

“We were promised that the program was expanding and that more and more stores would take them,” Dickson said about why she and other admins chose BTZ over cash. “Speaking just for myself, I recognized that there was a certain risk involved with accepting a cryptocurrency as payment, but I believed that they were being given to me in good faith, and that if they were to lose value, we would be informed every step of the way.”

Yesterday, Bunz suddenly stopped allowing all non-food vendors from accepting BTZ. Fifteen staff were also let go; BetaKit has since learned that the entire development team was let go, as well as the majority of the sales team. Those remaining, one source said, include CEO Sascha Mojtahedi, and team members from sales, growth, and community.

Sources close to Bunz said that Shop Local merchants could invoice Bunz for their products purchased with BTZ, to be later reimbursed in Canadian dollars. Bunz’s Medium post explaining the changes mentions that merchants and users have exchanged $1.4 million through the platform.

“In the interest of the community, our retailers and Bunz, as a business, we have locked all current and former employees wallets.”
– Sascha Mojtahedi

At the same time, former employees who had received millions in BTZ told BetaKit that they could no longer access their funds. Mojtahedi confirmed to BetaKit that current employees have also had their wallets locked. A source close to the matter told BetaKit that at least 15 employees had received $250,000 CAD worth of BTZ in 2018. Hypothetically, these BTZ could be exchanged for purchases at stores, meaning that Bunz would have to reimburse merchants for thousands of Canadian dollars.

“In the interest of the community, our retailers and Bunz, as a business, we have locked all current and former employees wallets,” Mojtahedi said.

Admins are reporting that they still have access to wallets, but at least one who requested anonymity expressed fear that admins would be next.

A source familiar with the matter said that, over the past several months, Bunz has been in talks with an American company about a possible acquisition. The source would not confirm the name of the company, but said that they were involved in building marketplaces and communities, and were interested in expanding to Canada. Multiple acquisition prices presented by Bunz to the American company were reportedly rejected.

“[Bunz] had basically reached the very, very end of its runway,” the source said. Bunz last publicly announced an undisclosed Series A from Fidelity in March 2018.

“So, the option was either to shut absolutely everything down from a company perspective and call it a day on this entire project, or fight to keep it alive, and the only way that could be done was to drastically reduce the amount of BTZ spent monthly,” the source said.

When asked about possible acquisitions, Mojtahedi did not directly confirm, saying “it’s common place to be in discussions with other companies and investors looking at different opportunities and potential partnerships.”

However, the CEO did confirm that Bunz’s recent changes were to extend the company’s runway.

“Knowing the value of the community, we made a very difficult decision to restructure the company so that this is not the end of our runway,” Mojtahedi told BetaKit. “We believe that this new structure will allow us to make Bunz as a platform usable by everyone for the foreseeable future.”

Since its launch in April 2018, the BTZ currency has been the subject of scrutiny. The company initially reported that BTZ was a cryptocurrency, before being pushed to say that this was not the case, as community members noted that it was not decentralized nor did it run on a blockchain.

Admins were also skeptical about the launch of a cryptocurrency for a community founded on a bartering system. Bunz was started in 2013 by Emily Bitze to exchange goods with friends, after she struggled financially.

“I had friends in a similar situation, and we were all living close to one another,” Bitze told BetaKit in 2017. “So I thought it would make sense to exchange things [amongst ourselves and with others].”

Vancouver-based cannabis tech company TruTrace Technologies has announced that it has entered into a letter of intent with Strainprint Technologies, a medical cannabis data…