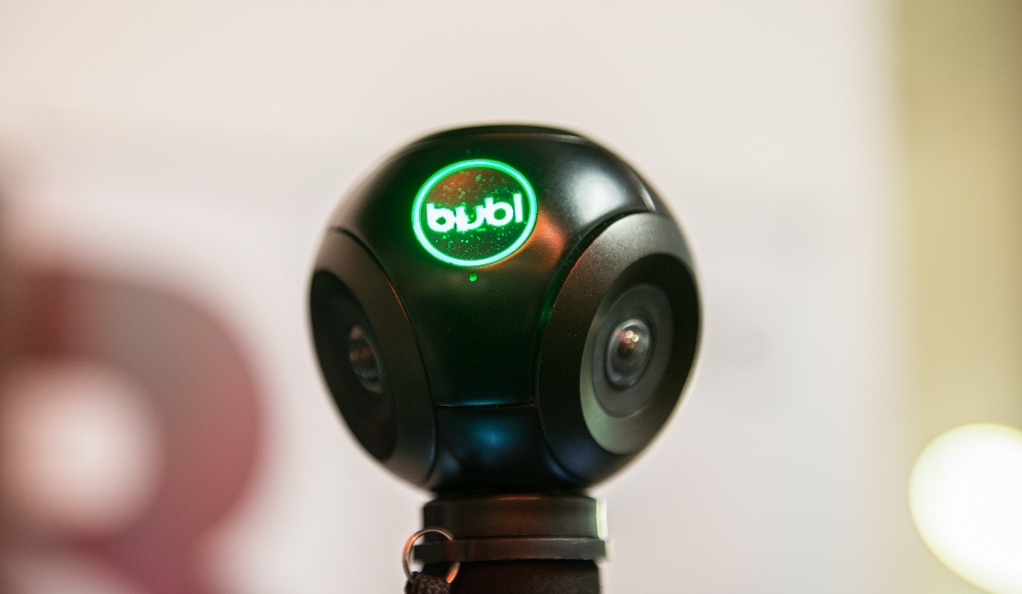 Toronto’s Bubl Technology announced the close of a $4.6 million seed round today, led by Samsung Ventures, J-Tech Capital, and other, unnamed, strategic investors. The news comes shortly after the company announced that it had completed its first round of shipments to Kickstarter and pre-order customers.

As part of the announcement, Bubl’s founder, Sean Ramsay, will step down as CEO and move to the role of Chief Innovation Officer. Current VP of Hardware, Dan Mills, will serve as interim CEO, effective immediately.

“Bubl Technology has evolved since our initial Kickstarter campaign,” said Ramsay in a statement to BetaKit. “The original vision was a simple to use app and a spherical camera, but now we’ve developed so much more – an entire ecosystem of hardware and software spherical technology for consumers. I’m excited to focus my skills and time on my passion, which is the product vision – bringing more strategic partnerships and technical thinking to the new ecosystem we’ve been tirelessly building over the last 13 months. Dan is such an amazing asset to this company and he will spend more of his time focusing on the future corporate trajectory of the company.”

Bubl also indicated that its Board of Directors is currently conducting a search for a permanent CEO.