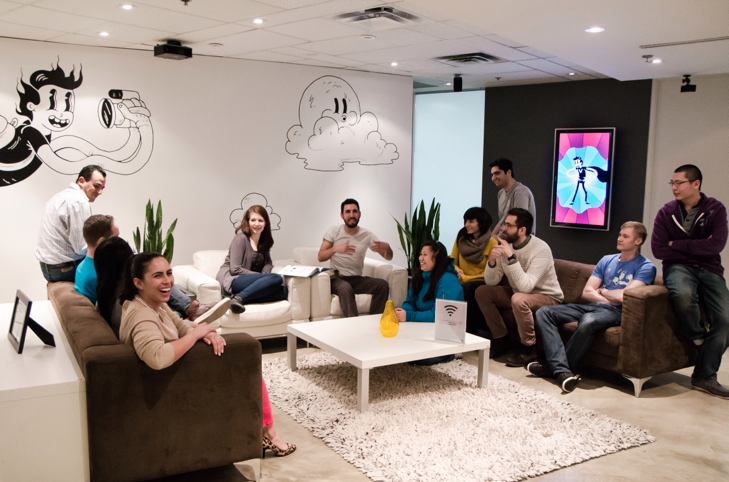 It’s long odds that many university undergrad papers transform into a winning business. After attending CES in 2002 and seeing the early days of VoIP, Shahrzad Rafati envisioned the day when video delivered over IP would be the defacto broadcasting standard. She wrote an A paper about the idea while working on her Computer Science degree at UBC.

In 2005 even before many pundits could call Google crazy for it’s $1.65 billion acquisition of YouTube, Rafati founded BroadbandTV.  The technology of TV is long past simply the recording and distribution of moving images. BroadbandTV is a media & and technology company bringing together content owners, network operators and advertisers and creating an online and mobile video business. They’re specializing in the aggregation, optimization, protection and monetization of video content.

Since its launch, BBTV has aggregated and deployed tens of thousands of video assets, detected and reviewed millions of videos and video clips that have generated billions of impressions and millions of ad dollars.

It started when Rafati thought “what a cool idea it will be to stream and distribute content over IP.” While still at UBC, she started looking at different delivery mechanisms for video, “I was passionate about content. Growing up in Iran, video consumption was rationed. We had limited programming and only three channels, compared to moving to Vancouver and suddenly having access to cable. I also wanted to better learn English, better understand the culture and TV was a good teacher for me.”

For her, “the whole notion of combining entertainment and technology combine to solve both old and new problems was a very interesting concept. I thought how great it would be to actually find whatever kind of content you’re looking for and to be able to democratize video content.”

The first iteration of BBTV was delivering content over set-top boxes. They were the first IPTV provider in Canada, aggregating rights from various content providers and pushing it through the set-top box model. In the early days they worked with a number of different platforms, like Akimbo, Cinema Now, JumpTV, Vio, Joost, some that are no longer around. There was also Google video, but when YouTube launched, things got really interesting.

They didn’t believe the set-top box model was the right business model and decided to start working with YouTube. “I remember when YouTube increased the format size limits, and seeing the massive amount of new video being deployed on the platform,” said Rafati. “It was really the start of a democratization of content. People were acting like curators then, filming things themselves off the TV, or grabbing clips of video from other web properties, and sharing them.”

BBTV began working with media companies to build solutions and technologies such as video and audio fingerprinting to help put content owners back in control of their IP.  “We kind of acted like the Switzerland, Rafati shared. “You saw this with the music industry, where they tried to battle against the tide by saying the fans were pirates. We saw the media companies appreciating the fans. The fans were creating content. We said let’s leverage our tools and solutions to put them back in control of their IP, and get a better understanding of how your fans are consuming the content.” BBTV was one of the first to companies to sign an agreement with YouTube. They took on the responsibility of managing YouTube’s ContentID solution for fan uploaded content.

As software and hardware video prices decreased and the power and functionality increased, the video evolution has moved at light speed from people being content curators, to content creators.

Rafati said “it’s about allowing creators to focus on their passion of creation, and BBTV taking care of answering key questions like when to deploy their assets, how to optimize the content, how to engage with the fans, and when to engage with them. It about building a platform to automate these functions, as well as delivering analytics and insights.”

Rafati’s shared her thoughts on a few emerging trends that we’ll be talking about in the not so distant future..

“I see the broadcast world now as one of connected devices, phone, tablet, laptop, home theatre, and screen size is the only differentiator. You look at most of today’s strategic deals and it shows you that premium partners, studios and networks, all want their content more accessible anywhere, anytime on any device. It’s no longer about different screens, it’s about giving the consumers more choice. The next big challenge is solving content curation and delivery based on your location and the device you’re using at that moment.”

In terms of the state of the 4K Ultra HiDef format she offered, “If you look at where the market is heading, we’re seeing a convergence of more high-end premium content with video from smaller production teams or individual content creators. TV sets that carry 4K are still high-end; it’s exciting but I predict it will be another year or two before we see significant adoption in Canada. It will start with PC and mobile before hitting the main screen in the living room. Convergence will become more prominent, and I think you’ll see larger amounts of premium content online, and some individual content move towards Over The Top distribution. “

Having a ten year lens on the exponential changes to the broadcasting landscape, it seems the odds of Rafati’s team hitting on the key trends won’t be all that long. Stay tuned.