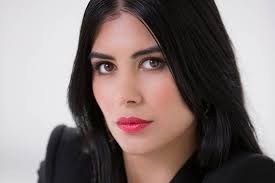 Last week I issued a challenge to Montreal women leaders in tech to step forward and make their presence known like many of their Torontonian counterparts are already doing. It reflects a larger problem in Canadian, and even North American tech culture where women and strangely (and sadly) misrepresented in the field.

But this morning one positive note emerged as BroadbandTV‘s CEO Shahrzad Rafati was awarded Executive of the Year at last night’s nextMEDIA Digi Awards. Rafati’s name appeared on our site yesterday when we reported that she was one of just a handful of tech CEOs to be named to the Women’s Executive Network’s (WXN) Canada’s Most Powerful Women: Top 100 Awards.

The Digis Awards are Canada’s “premier annual showcase” of the remarkable companies, products and people who are making waves in the digital media industry.

“It is an honour to be recognized once again by nextMEDIA and to be nominated among such an extraordinary group of finalists,” said Rafati. “The past year has been a time of tremendous growth and excitement for BroadbandTV, this award is testament to the hard work put in by our amazing team.”

In the last year, Vancouver-based BroadbandTV reached over one billion monthly impressions this year, while securing a $36 million investment from RTL Group, which at the time marked the largest private placement into an Internet media company in Canada since 2007.

Nominees in the Executive of the Year category included Sean Patrick O’Reilly of Arcana Studios, James Milward of Secret Location, Leerom Segal of Klick Health, and Graham Moysey of AOL.

Broadband TV is one of the largest multi-channel networks (MCN) on Youtube, and now boasts more than 100 million subscribers from over 10,000 content partners, an increase of 2,200 content partners in two months. Founded in 2005 at the start of the “Youtube revolution”, BroadbandTV drives success for online video creators though its technology and large online reach.

Rafati was previously recognized by Fast Company as one of the 100 most creative people in business. According to wikipedia, she is known for “pioneering both the technology and business model that made peace between big entertainment entities like the NBA and their fans, who were uploading premium content to video sites like YouTube.”