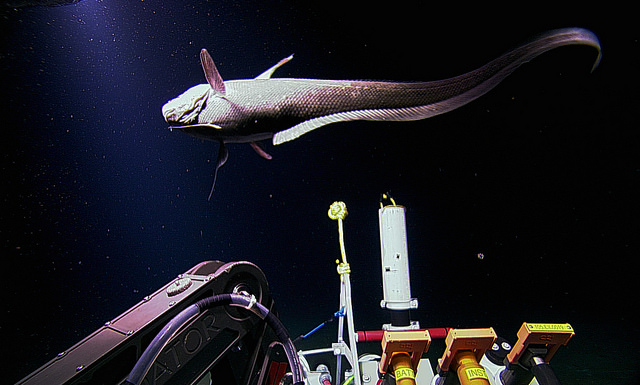 Ocean Networks Canada (ONC) has announced a collaboration with IBM to create the “smartest coast on the planet”. A three-year, multi-million dollar project will equip British Columbia with a monitoring and prediction system to respond to offshore accidents, tsunamis and other natural disasters.

The “Smart Oceans BC” program will use marine sensors and data analysis to enhance environmental stewardship and public and marine safety along Canada’s West coast. It will monitor vessel traffic, waves, currents and water quality in major shipping arteries and will include a system to predict the impact of offshore earthquakes, tsunamis, storm surge, and underwater landslides.

ONC is the University of Victoria’s largest research project. It is already operating the world’s most advanced cabled ocean observatories off BC’s coast. IBM is investing $12 million in cloud computing infrastructure, analytics software, services and skills training in support of expanding this vital system. This also furthers Canada’s position as a global leader in ocean technology.

Scott McLean, director, ONC Innovation Centre said “the concept for the project was created by the ONC Executive team in several brainstorming sessions last fall. We were discussing how we could apply the ONC Observatory technology (developed for a research facility) to more directly support public and marine safety.”

“ONC has a world-leading marine sensor network and associated expertise,” said IBM president Dan Fortin. “IBM is making significant investments in technology and skills-training to ensure ONC has the capacity to analyze data from the new sensors coming online. This will allow modelling systems to better support disaster planning and drive Canada’s economic future through the development of big data skills and associated digital expertise.”

ONC will be running earthquake and tsunami simulations with a goal of predicting their behaviour and potential impact on coastal areas, using on-premise cloud computing technology. This information will benefit a wide range of stakeholders from public safety agencies to public transportation, tourism, and other industries operating in the area.

With new visual analytics, data streams processing, machine learning and data exploration software, researchers will be developing, testing and running decision-support systems. This also presents an avenue of commercial viability that could aid industrial and governmental agencies in sea state, pollution monitoring, spill response and other aspects of ocean management.

“Through IBM’s contribution, we’re able to draw insights and conduct analysis of a massive amount of new data that will be critical in the implementation of a world-class marine safety system,” said ONC president Dr. Kate Moran.

She also said, “Smart Oceans BC will help to develop best practices in three focus areas: marine shipping, environmental monitoring, and public safety. For example, for marine shipping, we will be developing baselines of the sound in the sea. Should sound increase from shipping, this information would be used to suggest best shipping practices to mitigate and reduce noise, such as altering routes to minimize impact on marine mammals, and identifying areas where ships should alter their speed to reduce noise.

ONC estimates the global market for smart oceans systems technology will grow from $4 billion to at least $6 billion by 2020. Part of IBM’s commitment will be supporting internships for over a dozen students from BC universities to build subject matter expertise and practical experience in this emerging industry. The students represent the importance of having a cross-disciplinary approach, and will include MBAs, researchers, programmers and biologists.

McLean puts this project in a global context saying, “ONC is an international research facility with over 10,000 users from around the globe and has a program founded on international partnerships. We have already had an international workshop in March for tsunami modelling and will be establishing partnerships around Smart Oceans BC that will serve as a testbed for new technologies.”

A smart coastline is good, but arguably for many British Columbians a safe coastline is better. I also asked Moran if this project will have any impact on making future potential oil tanker travel any safer for BC’s coast?  She foresees that “Smart Oceans BC will reduce risk by providing real time information on sea conditions to ships traveling along the coast.  Knowing sea conditions in real time provides valuable information to make decisions about when and what route to travel.”