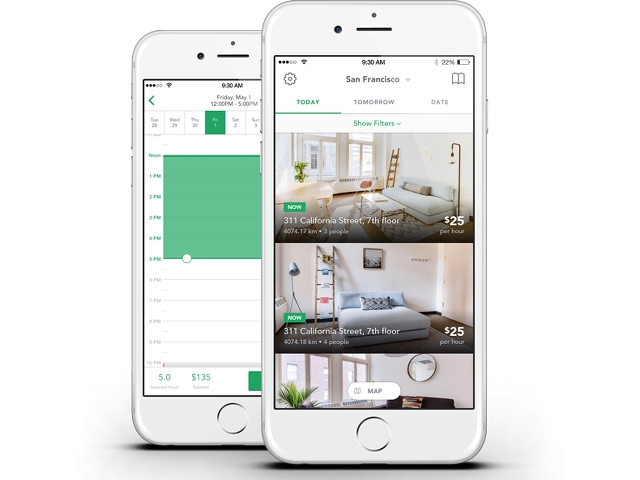 Breather, the Montreal-originated startup that focuses on providing people with on-demand private workspaces, announced today a $20 million Series B round, led by Peter Thiel’s Valar Ventures. RRE, Real Ventures, SOS Ventures, and Slow Ventures also participated in the round, many of which as follow-on investors from Breather’s $6 million raise this time last year.

“We’re excited to have Valar involved. We’re building a killer team and are moving quickly to build the biggest network of spaces for all who need it,” said Breather CEO and co-founder Julien Smith. “We’ve received amazing support and feedback from our members — entrepreneurs, professionals, creatives, freelancers, and some of the most innovative and fastest growing companies in the world. The way people work and meet is obviously changing, and we want to give them the flexibility, convenience and privacy they need.”

The new funding will be used to grow Breather’s network of on-demand spaces in these cities, as the company expands to new markets in Canada and internationally (Los Angeles, Chicago, Washington, Toronto, and London are all on the list). Currently, Breather operates in Ottawa and Montreal in Canada.

“Network effects are so valuable that people keep moving to crowded cities even when they’re hard to live in,” said Thiel in a statement to BetaKit. “If you can make cities work better as meeting places, you can build a very valuable business.”

Several Vancouver-based startups and other technology companies were honoured at last week’s Technology Impact Awards, put on by the BC Technology Industry Association (BCTIA). Vancouver’s…