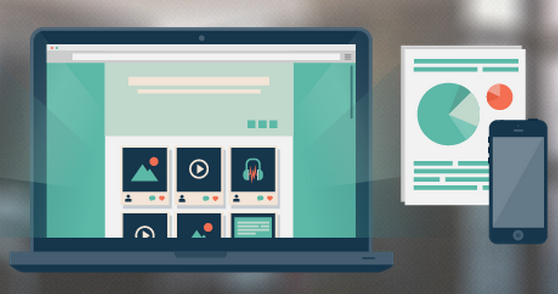 After a name change in September and a bit of work with big name clients since, Vancouver’s social marketing contest expert Brightkit is looking ahead to its next potential seed round.

The startup’s story is an interesting one, given that it was actually born out of Invoke Labs, a “business catalyst” and “accelerator” that spins out innovative products in the social marketing space. BrightKit’s CEO Richard Hungerford came in as an employee under Invoke Labs, and spent about three or four months reviewing different startups, ideas and products that could be developed. Once he decided on the big idea, formerly called Meme Labs, he hired a small team.

BrightKit would become a place where primarily big and small brands can come on the site and construct their own customized contests and social promotions, which can engage users 30-60 percent more effectively (per dollar spent) than traditional online advertising.

We last covered Brightkit in December, when John Gray detailed the company’s initial shift away from agency and client-specific work to a more customizable platform that could serve everyone. “We saw how the market was shifting towards more quick turn-around self serve systems. With Facebook and new apps there’s a lot more variety and ways to engage your audience, and we wanted to have a whole suite of tools to roll out to clients to engage them in different ways.”

With Brightkit, the platform actually aggregates user-generated analytics, from hashtags from twitter, Facebook and Instagram, and then displays those analytics. Brand engagement on Instagram has grown 350 percent over the past year, as Hungerford told us, and 84 percent of millennials purchasing decisions are at least somewhat influenced by user- generated content, which means “we have a big opportunity in driving fan participation.”

Being associated with Invoke Labs, and one of its formerly incubated companies, Hootsuite, has been nice for Hungerford in terms of being able to build solid client relationships right off the bat, with big names. Some of those names are NBC Universal, The Gates Foundation, Snapple, Sprint, Tommy Bahama, SpinMedia and KFC.

It’s true that not all startups can access from those kinds of hookups, but an introduction is meaningless if a startup can’t deliver. Perhaps Hootsuite’s connections lead to this year’s promotion with the NHL Winter Classic series, in which BrightKit used the hashtag #NHLFanFreeze to aggregate fan content and displayed it in rich galleries, displayed on NHL’s webpage and Facebook page as an app.

It sounds like they delivered. Hungerford told us that fans may have been freezing out in the stands, but all their great content was laid out in a pretty cool manner for everyone to access.

“We’ve done other campaigns where we did a head-to-head app where people would vote on their plays of the week, so you’d have Datsyuk vs Iginla, with people voting and commenting,” he said. “It’s engaging apps and a way of getting that content out there to be shared.”

Brightkit’s plans are pretty simple for the next six months: keep on providing brands with their engaging social marketing and contests, and ramp up for fundraising. They already raised a seed round of somewhere under $500,000, and it looks like they might be prepared to take things a little further in 2014.

Tacit Innovations recently graduated from Communitech’s 3rd cohort and announced today that they’ve successfully raised $700 in funding from BDC, Canrock, Hyperdrive and a…