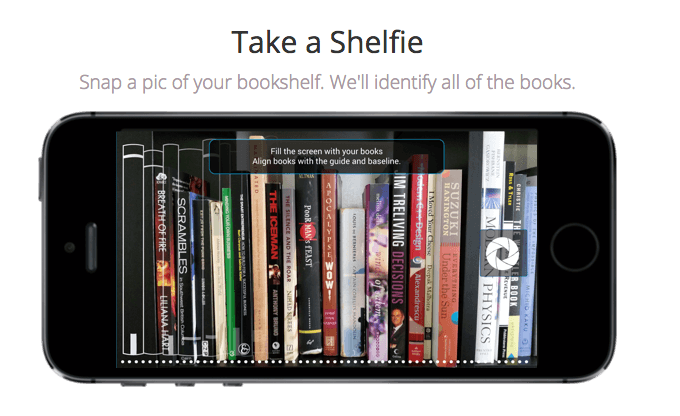 Vancouver-based BitLit announced today that it has signed a deal to bring Elsevier content to its ebook publishing platform. BitLit’s Shelfie mobile app lets readers download or purchase a discounted ebook version of their print edition books by snapping a quick photo. The agreement adds Elsevier’s health, science, and technology content to BitLit’s catalog of over 40,000 titles.

Hudson indicated that the reason for that comfort may not be coming from an industry wide change of heart, but ongoing frustration with Amazon’s dominance in the space.

“They’re so frustrated with Amazon, they don’t even say the word Amazon,” Hudson told me. “They say ‘Seattle’, or ‘big book retailer’ – it’s actually a little like Voldemort. It’s actually a running joke at publishing conferences that no one ever says the ‘A word’.”

With Amazon’s recent fight with Hachette sending ripples throughout the industry, publishers are more willing to experiment. Harper Collins, known for its publishing experiments, has already signed on with BitLit as a pilot, and Hudson is confident that relationship will continue. Which is good news for BitLit, because Hudson knows that the company’s user experience dies without content.

“If you take that shelfie, and there’s no books on it that are available, that’s disappointing.”

Out of money, Wavefront shuts down

Vancouver-based business incubator Wavefront has shut down, BetaKit has learned. According to those familiar with the matter, the incubator and accelerator, which focused on…