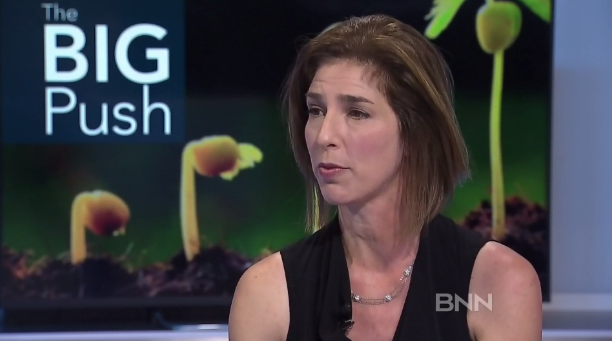 On the latest episode of BNN’s The Disruptors, Sharon Zohar, CEO of The Big Push, a Toronto-based accelerator that wants to help female innovators get investment ready, discussed the funding gender gap in Canadian startup communities.

In the video below, Zohar says that women-led startups receive less than 3 percent of venture funding. According to Zohar, the initial step to correcting that gap is translating what female disruptors have to a more male-dominated space.

“When we walk into the boardroom, for example, there is that initial ‘bro club’. Even coming into that environment myself in a sleeveless shirt has been commented on,” she said. “Those are the subtleties that exist within the female culture, but I think more and more conversations are happening. It’s the right time for women to be loud and clear that we are here and we are going to make an economic change. We are a force and we the need the support of many other organized initiatives.”

When asked about the recent attention Silicon Valley has received regarding sexism, Zohar suggested that the industry is not at a tipping point yet. For her, this is just the beginning of a larger conversation that will continue, and needs to include men.

Watch the full episode below:

At its most recent meetup, TechToronto invited Stuart Lombard, president and CEO of ecobee, a Toronto-based company that produces wifi-enabled smart thermostats, recalled the…