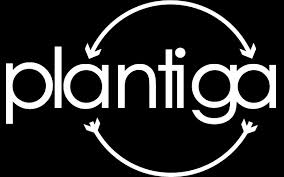 It’s not every day that one meets a guy running a “revolutionary new shoe platform”, but then again lots of weird stuff happens in Austin, Texas during SXSW 2014 Interactive.

I caught up with Plantiga‘s Quin Sandler, an entrepreneur who ran a successful web development business for seven years before embarking on a totally different career path: shoes.

Along with a new way of constructing a shoe, Plantiga is also playing the data game, measuring how the foot impacts on the shoe through sensors. The company has been building that data into apps for health & diagnostics and sports as well.

Sandler spoke about how the way shoes are designed and built hasn’t changed much in hundreds of years. “The same way that you would make a shoe in the 1700s is pretty much the exact same way you do now,” said Sandler. “We’ve come at it where shoes don’t really ‘work’ that way. They create a lot of problems for people. Even if its just regular, healthy people it creates impact on their backs and neck problems. Everything is related to your feet.”

The founder said he’s brought together a team of mechanical engineers, electrical engineers, an industrial designer and a front end app development. From a mechanical and a digital standpoint that’s generating new types of data, Sandler said “we’re building what we believe is the future of footwear technology.”

It was interesting asking Sandler how he felt about Canadian companies coming down to SXSW to advance their company. Many companies agreed it can come at the risk of being a small fish in a huge sea of companies gasping for attention.

Sandler was extremely pro-SXSW, particularly coming off the high of meeting famed tech blogger Robert Scoble, who watched Sandler’s pitch and even wore the shoes.

For Sandler, a few days at SXSW was akin to six or seven months of trying to get meetings with VCs or other important people who could help the business. “Granted you have to be outgoing. When you go to a party you have to walk up to random strangers and say ‘hey, whats up?’. I met someone from Nike, randomly last night, and those types of connections with what we’re doing? Priceless. You can’t put money on that,” he said.

Vancouver-based BroadbandTV (BBTV), a media and technology company that represents YouTube talent through a global multi-platform network (MPN), announced today that it is launching…