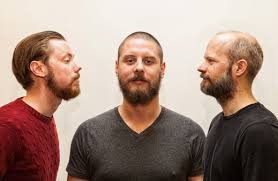 3Beards is the group behind Silicon Drinkabout, the weekly event now prevalent in several cities across Europe. They call themselves Europe’s “most iconic startup community events organizers,” and the event has been hosted 124 times. Now 3Beards is taking the event to New York, Toronto, Sao Paulo, and Sofia (Bulgaria). The events are already popular in its home city of London, as well as Manchester, Copenhagen and Amsterdam.

With the first ever Silicon Drinkabout Toronto, 3Beards is trying to use the weekly event to “build a direct link” between Europe and the startup community in Toronto. “I’m looking forward to meeting many of Toronto’s best startups on November 15, and welcoming them to the London Silicon Drinkabout startup community when they are ready to expand to Europe and beyond,” said one beard of the three, Bryce Keane.

Keane added that the group has spent the past two and a half years working hard to provide UK and European startup communities with the support, access, insight, feedback, connections, exposure and credibility that they “hope will enable growth, progress and success.”

Toronto’s TAD Inc is the official sponsor of the event, and is a startup working out of the DMZ. Tad Inc is developing the Emoti-Chair, one of the first sensory systems to convert sound waves into hi-res physical displays. Founder Dr. M.R. Karam said that Silicon Drinkabout’s introduction to the Toronto startup scene will be an exciting way to provide small businesses with “a new perspective on the potential for global expansion” at the early stages of development. “This network has been essential to the recent expansion of TAD Inc. into the UK, and represents a new model for building relationships with potential partners, customers, and investors interested in expanding their global startup opportunities,” said Karam.

Techcrunch provided an interesting tidbit of information on why Silicon Drinkabout gained so much popularity in London: its because every Friday, without fail, there has always been an event. Whether the organizers had to scramble to find a place to host the event or not, the show has always gone on.

The guys seem pretty funny too. Their description reads that the company is a content, promotion and events company. “Sounds a bit dull and corporate, but there it is. We felt that ‘Community Firestarter-enablers’ sounded a bit overblown. And crap… Grown by the community for the community, we don’t mess around because we believe entrepreneurs, more than any other business sector, need an active and healthy support network to succeed. Oh, and life’s too short to waste time shaving.”

Fair enough: go forth in the light you fearless facilitators of follicle flow!

S|W: The SaaS Weekly – A commitment to Canada