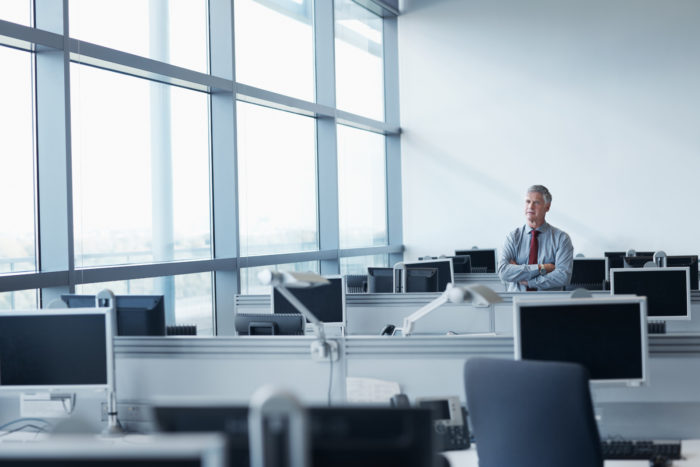 A survey conducted by the Business Development Bank of Canada (BDC) has found that while the level of worry around COVID-19 has decreased over the last month, 90 percent of Canadian entrepreneurs continue to feel the impact of the pandemic.

It appears the magnitude of the impact has stabilized over the past couple of weeks says BDC.

Based on a set of surveys conducted between March 11 and April 16 of business owners and decision-makers from across Canada, BDC found that Canadian small-and-medium-sized-enterprises (SMEs) are feeling heavy impacts from the economics around COVID-19.

Ninety percent of entrepreneurs have continuously reported feeling a negative impact due to the pandemic, according to the latest survey, with three percent reporting a positive impact and six percent with no impact yet.

RELATED: As applications open, here are the details of the new $250 million COVID-19 IRAP subsidy program

BDC is also reporting that it appears the magnitude of the impact has stabilized over the past couple of weeks, with between 82 and 84 percent of SMEs reporting negative impact between late March and mid-April.

The cause of the disruption remains the same with a lack of demand being the main disruption that Canadian SMEs are facing (62 percent). Lack of supply, as well as a combo of both supply and demand, tend to be the most significant disruption for small businesses.

58 percent of SMEs reported keeping employees on the payroll as the top area of impact for their business.

Around 58 percent of SMEs surveyed reported keeping employees on the payroll as the top area of impact for their business. Of those surveyed, the top three areas were payroll, the ability to repay debt (55 percent), and ability to keep business open (52 percent).

According to BDC, unemployment in Canada has risen to 7.8 percent in March, up a record of +2.2 percentage points from the previous month. BDC is also reporting the Canadian economy will take a “hard hit” with potential real annual GDP growth of negative 5.7, this is compared to the world economy, which BDC reported is in a recession with -2.1 percent potential growth forecasted.

As part of its surveys, BDC also asked respondents how BDC could help businesses during this global pandemic.

The top three actions that SMEs respondents called for were: creating a COVID-19 relief loan, offer a line of credit, and offer payment postponement. Other actions the SMEs reported interest in include: flexible payment terms, increased access to loans, educate entrepreneurs on what they can do, and offer short-term loans to help with cash flow.

BDC is currently a part of the federal government’s Business Credit Availability Program (BCAP) and is helping administer the $40,000 Canada Emergency Business Account (CERB) loans, a co-Lending program for SMEs, and loans for the oil and gas sector. Through its own programming, BDC is also offering working capital loans of up to $2 million.

Some VCs, CEOs, and organizations from the tech sector, however, have expressed concerns that startups do not qualify for these measures and have called for more targeted steps to be taken to support the industry.

BDC has also recently launched a Bridge Financing Program for venture-backed companies and is in talks about expanding support for angel investors and angel-backed startups as well.

The business development bank had 994 respondents to its survey, representing a cross-section of entrepreneurs from across Canada. More than 57 percent of those surveyed had four employees or less, with 30 percent having between five to 19. More than a quarter of the SMEs were from the professional, scientific and technical services, finance, and insurance sectors.

There was a point where Brandon Reti quit his high-flying, big-money job as the head of the mobile department of Manwin. There he helped…