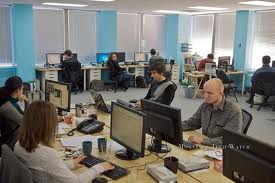 A Business Development of Canada (BDC) executive has taken to the Globe and Mail to argue for the case of “catalytic partner financing,” a different form of giving seed-stage startups venture capital, or money in exchange for equity.

“The venture capital model has hardly evolved since the 13th century when Marco Polo first convinced a group of wealthy Venetians to underwrite his travels to Asia in exchange for a share of the riches he might discover,” wrote Bélanger. “Today, a fund manager supports and cultivates an entrepreneur’s good idea by providing financing in exchange for a share in their business – with the hope for a return on their efforts. But after years of stalled performance, that model is due for a shakeup.”

Catalytic partner financing, then, involves a firm taking an early-stage ideas from entrepreneurs with good track records, and then assembling a team that is “high-performing, specialized and comprehensive. We provide them with business management capacity, with financing expertise, with product development and, yes, with funding.”

He argued that this type of investment bridges the gap between angel money and venture capital, and used TandemLaunch as a prime example. TandemLaunch is a Montreal-based early-stage company creation platform that BDC Capital has invested in and that focuses on fostering innovators spun-off from university-sector labs.

In reality what Belanger calls catalytic partner financing is really just surrounding earlier-stage startups with help as well as money, rather than just money. Clearly it costs the venture firm more money to do so, but the expectations are higher. Will spending more money to help startups lead to greater outcomes, particularly from the start when it’s still unclear just how far a venture might go?

Well, its a bit riskier, but then again experts in the field are constantly challenging Canadians to get a bit more aggressive and riskier. Maybe BDC has it all right.

“Catalyst partner financing is still a new approach but already it is generating promising results. Traditionally, the success rate from early-stage accelerators is only two to three per cent. By contrast, 50 per cent of those in the catalytic partnering model raise subsequent funding, a rate that is unheard of in Canada’s venture capital sector,” wrote the investor.

He ended off his piece with a realistic point: that catalytic investing will “never be a substitute for traditional venture capital,” but as an innovation can “unlock the value of many outstanding ideas and businesses that would otherwise go unrealized.”