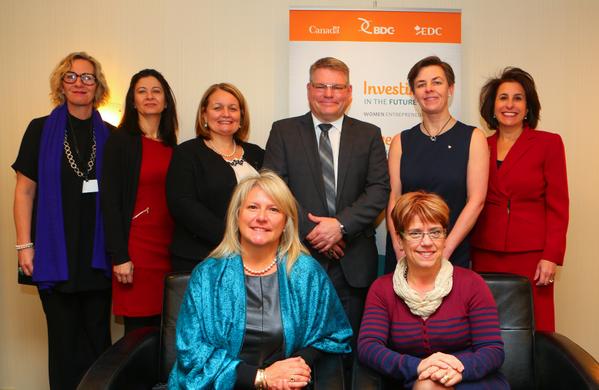 Earlier this week at the Women Entrepreneurs Forum in Ottawa, Dr. K. Kellie Leitch, Minister of Labour and Status of Women, announced a new initiative by the Business Development Bank of Canada (BDC) to support women entrepreneurs. According to Minister Leitch, BDC has earmarked $700 million of existing funding to finance women-owned businesses over the next three years. The commitment is estimated to provide an additional 300-400 loans to majority-owned women businesses on top of supporting existing clients.

“The health and long-term success of women-owned businesses is critical to Canada’s economic prosperity,” said Jean-René Halde, President and CEO of BDC in a statement to BetaKit. “BDC will ensure that additional financial and ongoing support for this growing market segment is made available. The naming of a national champion is the first step in this endeavour.”

BDC’s commitment to women entrepreneurs will be lead by SVP Lesley Lawrence, with a mandate to support initiatives that impact women-owned businesses. The potential returns for such an investment are real. BDC cited in its announcement an RBC Economics report, which states that a 10% increase in the number of majority-owned women’s businesses over 10 years would bring their total economic contribution to $198 billion – a $50 billion increase – reinforcing similar studies by Carleton University.

Today, the University of Waterloo hosted its 17th Velocity Fund Finals, with 20 companies vying for their share of $125,000. The startups had three…