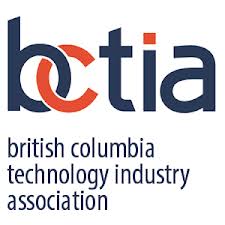 The BCTIA has reviewed the numbers and the story reveals that 2013 was a banner year for BC Tech. BC was not only home to Godzilla’s filming, but it was a monster year for tech financings in the province.

In the fall of last year it reported that BC was on track for a billion dollar year.  At that time, the results (while preliminary) showed private financings (led by Hootsuite’s massive $165MM series B round) and a healthy resurgence in IPOs and public financings was catapulting BC to the top performing region in the country.

As it turns out, the trend continued to play out through the rest of the year. Tech was the leading sector on the TMX (both TSX and TSX.V) in 2013.

BC performed well in terms of public financings in technology and cleantech with 26.9 percent and 19.5 percent shares, respectively. In the life sciences sector, a massive $2.4 billion secondary offering from Valeant Pharmaceuticals in Quebec skewed the numbers substantially.  In total, over $680 million was raised in 2013.

According to the year-end stats compiled Garibaldi Capital, venture capital and private equity investments were also very strong in 2013, with an estimated $348 million raised in BC. This represented a 57 percent increase over the $222 million raised in 2012.

In terms of how this bodes for the future, Tam added “It’s really helped to put Vancouver on the map as a great place to invest.  Some of the most sought-after Canadian IPOs are BC-based companies and there’s been keen interest from investment banks and private equity firms in the potential of BC companies. This will definitely strengthen the appetite for more investment to flow to BC in the coming years.”

For 2014, they are forecasting that financings will remain strong as BC companies continue to solidify their leadership positions and mature as global companies.

The organization has shared some cautionary concerns, particularly for seed and early stage companies seeking investment. They noted that while we’ve seen record levels of angel investment over the past 3 years, there has been a simultaneous decline in the number of BC-based venture funds. Consequently, they’re anticipating that this put further strain on early stage investment in general.

With this caution in mind, I asked Tam about specific initiatives they’re acting on to help connect capital to BC talent. “Our mission is to help BC companies to grow and connect them to the capital, partners and markets to build world class organizations,” said Tam. “Our Centre4Growth program is an essential part of that mission and we’ve been connecting companies to capital for quite some time through our EIR network as well as through our Investor Collision Day events.  In fact, we just hosted a Collision Day with OMERS last week and we work with lots of strategic investors in addition to venture capital firms.”

While 2013 can be viewed as the monster in our rear-view mirror, you never know if Rodan is lurking just over the horizon. As Tam summed up, “looking ahead over the next few years, we will undoubtedly need to find creative ways to attract more sources of early stage capital. It’s an area that we’re committed to working on and an essential part of ensuring the long term health of our ecosystem.”

Thirdshelf moves out of stealth mode after raising $800,000, partnering with Lightspeed

For the past year, Thirdshelf has been quietly working on its loyalty marketing platform for independent retailers. But after raising $800,000 in seed funding…