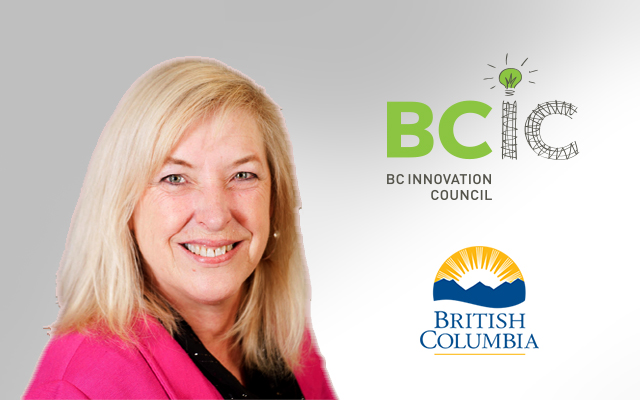 Today, the BC Innovation Council (BCIC) announced that Shirley Vickers has been appointed BCIC’s new president and CEO.

Since November 2013, Vickers has acted as BCIC’s entrepreneur-in-residence. In the past, Vickers has owned and started several multi-million companies in the oil and gas sectors, including Thor Drilling Corp, Ammonite Group, and Heli-Rig Drilling Services. She’s also worked in the senior health care and medical technology sectors.

“I’m honoured to be taking on the leadership of BCIC, an organization that recognizes that technology is everywhere and that is laser-focused on increasing growth opportunities of high value to B.C. industry,” said Vickers. “By uniting our unique expertise in venture acceleration, strong regional networks, partnerships in communities across the province and our access to technology developers and solution providers, BCIC will power B.C.’s economic engine forward.”

Former president and CEO Greg Caws will be taking on a new role in the BC technology scene, though the BCIC declined to reveal his next venture.

“I’d like to extend my sincere gratitude to Greg Caws, whose leadership and insight over the past three years has been instrumental in supporting B.C.’s growing technology sector. I’m looking forward to the details that will be announced soon regarding Greg’s new role,” said Derek Lew, Chair of BCIC’s Board of Directors. “I’d also like to extend a warm welcome to Shirley Vickers. With experience that spans the natural resources sector; technology development and commercialization; healthcare; and government; Shirley has the requisite knowledge, skills and relationships to guide BCIC as it advances technology adoption across the province.”