The list of claims against the BC-based not-for-profit exceeds its assets by over $800,000, according to a document signed by Wavefront Innovation Society CFO Robert MacDougall.

Creditors are set to meet June 1 in Vancouver.

Wavefront — which once presented itself as a key player facilitating the creation of technological so-called “smart cities” and advancing development of the Internet of Things (Internet-connected objects) through the companies with which it worked — had not paid bills in months, the documents suggest.

According to the documents, dated May 17, Wavefront’s major creditors range from other business and innovation organizations to professional services firms and individuals, to the very startups and enterprises it once assisted and served.

Among the startups immediately affected by the bankruptcy are those that sublet space in Wavefront’s downtown Vancouver office. At least 22 companies have an address in Wavefront’s 14th floor suite at 1055 West Hastings St., the documents show.

In a letter from trustee Grant Thornton Ltd., dated May 16, the subtenants were instructed to immediately return any keys, key cards and fobs, and make their own arrangements with Wavefront’s landlord if they wished to temporarily remain in the space.

In the same letter, startups were advised to make alternate arrangements for Internet, telephone and postal mail services.

“The server, WiFi, and phone lines will remain active for a limited time, but we do not know how long this will continue,” states the letter signed by Mark Wentzell, senior vice-president at Grant Thornton.

Accelerate Okanagan is one of the many innovation agencies with claims against Wavefront.

The largest claim is from the National Research Council of Canada and its Centres of Excellence for Commercialization and Research program, totalling $958,461.99. The sum — listed as two separate claims of $618,835.62 by the NRC and $339,626.37 by CECR — account for nearly 45 percent of the $2,132,900.45 creditors say Wavefront owes, according to the notice of bankruptcy filed with the BC court. The organization has a $810,954.12 shortfall compared to total claims listed.

Vancouver mobile app, Web and software developer, Two Tall Totems, follows the NRC with the largest claim outside of government, of $250,672.58, the documents show.

Wavefront faces claims from 264 organizations and individuals, legal documents show. As first reported by BetaKit, the not-for-profit suddenly announced on May 14 that it was shutting down “in the face of declining revenue.”

In 2014, Wavefront was one of four BC-based incubators and accelerators to receive government support through the Canada Accelerator and Incubator Program (CAIP). As part of the program, Wavefront was to receive up to $9.5 million over the next five years, with a requirement to demonstrate “matching contributions on at least a 1:1 basis during the period of the contribution funding.” The initiative was part of $100 million committed by the Government of Canada over 2013 and 2014 as part of its Economic Action Plan. Wavefront had also received $19.6 million in NCE funding starting in 2011 through to 2021.

Prior to the posting of its closure notice, the Wavefront website listed multiple government organizations as partners, including the National Research Council Canada (IRAP funding), Global Affairs Canada, and Western Economic Diversification Canada, as well as the governments of British Columbia and Canada.

Creditors registered with the trustee are invited to meet at the Vancouver offices of Dentons Canada LLP on Friday at 2 pm. 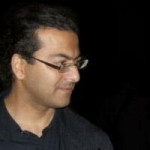 Saleem Khan is an award-winning journalist and digital news pioneer with a passion for the public interest. Saleem is the founder of the JOVRNALISM open professional resource for virtual reality and related technologies in journalism, editor and project leader at invstg8.net ["Investigate Net"], and leads Toronto-based editorial services, consulting, and research and development practice Technovica, specializing in strategic innovation in media enabled by emergent and disruptive technology.