VC, angel, strategic investor; these terms and more are thrown around as if we all understand what they mean, but that isn’t necessarily the case! Many of these terms are overloaded, so I’ll do my best to demystify the landscape.

However, in principle, the differences do matter. Knowing beforehand the types of actors out there may affect your approach to fundraising, directing you towards the more desirable investors and tailoring your approach to woo them.

Starting with the basics, there are fundamentally two types of capital providers: principal and agents.

This delineation is useful because, in broad strokes, a principal has more freedom to make choices quickly and a higher risk appetite, because they can’t be fired for doing a bad job, they can just run out of money! An agent, on the other hand, is more likely to follow a process and provide institutional support and advice.

A traditional venture capitalist is a person, on a team, who operates a fund of other people’s money. The primary benefit of traditional VC is that they take a professional approach, have deep contacts in the field, and understand how high-growth startups operate and are measured. You generally won’t need to explain why you are forgoing profits today in return for very large growth numbers in customers and top-line revenue and other typical startup strategies. We’ve covered how VC’s firms work here on BetaKit. In case you were wondering, venture capitalists are agents.

There are exceptions to the above of course, with some VC firms that invest entirely with their partner’s money, making them act like principles more than agents (generally good!).

Look for: Investors who are aligned with your goals and values. VC who are principles in their own fund.

Caution: Managers who refuse to answer “How much capital do you have available in your current fund?” may not be VCs (see advisors/bankers below).

Venture funds that have a single source of corporate funding, i.e. the venture arm of a corporation, are typically called Strategic VCs. They operate much like traditional VCs save for one important difference. Their ultimate goal is a return on capital for the organization as a whole, not necessarily for their investments specifically.

In between are the bulk of the family offices who have hired staff to invest family wealth into all sorts of assets classes, including both into venture capital funds as well as directly into startups. One common challenge with family offices is the agents, the employees of the firm, often get overruled by the principal, the family, in startup investments. They can work for or against you, depending on who you are interacting with. Try to get a lay of the land early on when fundraising from family offices.

Look for: Well-established processes and articulated expectations. As best you can, try to work with the principals.
Caution: Agents looking to show activity with no underlying desire to make investments.

An angel investor is an individual who invests in early-stage companies.

The biggest challenge I find with angel investors is their disparate levels of sophistication. Tailoring your approach is almost impossible because you’ll go from one angel, with no prior technology investing experience, who will need everything explained to them, to highly sophisticated tech entrepreneurs who will be teaching you! The best thing about angels is that each and every one of them is a principal. Getting fast answers should be the expectation. No response is a no!

Look for: Technology entrepreneurs investing in the next generation.
Caution: Investors coming from outside tech community with unusual terms and conditions to investing.

Investment bankers, fundraising advisors (not to be confused with company advisors), and so forth are individuals who specialize in helping companies fundraise. We’ve covered this in a prior article so I won’t rehash it.

Look for: See article above.

Caution: Bankers/agents who initially call themselves VCs. They are trying to suggest that they can write a cheque when they can’t. They may shake you down for money in return for fundraising on your behalf. 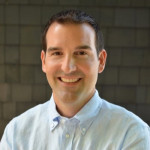