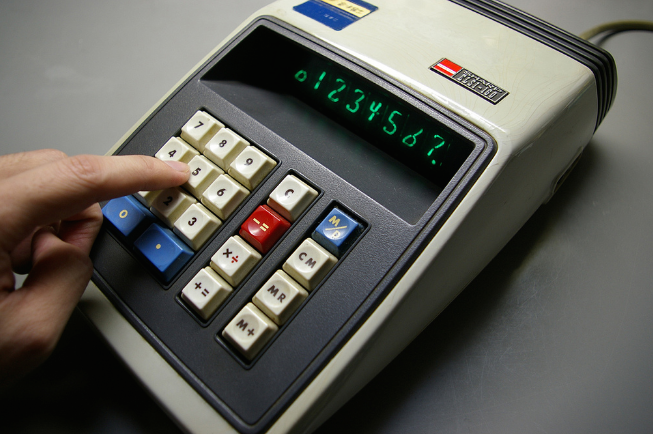 Welcome to a new BetaKit weekly series designed to help startups and entrepreneurs. Each week, investors Roger Chabra and Katherine Hague tackle the tough questions facing founders today. Have a question you would like answered? Tweet them with the #askaninvestor hashtag, or email them here.

First things first, if you as a founder are trying to create a valuation for the purposes of sharing this magical number in your deck and with potential new investors, stop right there. Step away from your excel spreadsheet and keynote presentation. Just stop. Do not pass Go, do not collect $200.

Good VCs know where the real value creation in a company occurs, and if founders or employees are left with low equity stakes.

With the exception of the very first pile of money going into your company (often named the “founders, family and friends” round because, well, that’s who usually participates) you shouldn’t be setting the valuation of your company when fundraising. The market, meaning your new potential lead investor or lead existing investor, should be pricing your company and offering up a valuation starting point for you to negotiate from.

It is, however, valuable for early stage founders to understand how VCs and angels value startups. It’s perfectly reasonable for a VC to ask you “what do you think your company is worth today?” after getting to know you a bit. Of course, as a founder, try to avoid giving a hard number, let the investor give you a number first. But that doesn’t mean you shouldn’t be ready to discuss a range of valuation and back it up — or, more importantly, understand what the other side of the table is thinking regarding your company’s value.

The business school approach to valuing private companies is to use complicated techniques such as Discounted Cash Flow (DCF) analysis or market comparables analysis. I can tell you that I’ve been a VC for 12 plus years now, and I have never used either of these methods when valuing a startup for the purposes of putting a number down on a term sheet. These methods are much better suited for companies with significant revenues and earnings, not for early stage technology startups.

So with those out the window, let’s look at how I see valuations actually getting set in our world. In my opinion, valuations are set using two main methods: one, the “stage” method, and two, the “ownership” method.

Under the stage method, a potential new lead investor values you based on the stage your company is at. This method is highly subjective as different investors have different prices for the various stages of a company, and furthermore, usually have a range at each stage that they are willing to pay. As a simple illustrative example, you may have a lead investor say to you, “we consider you a seed stage startup and we don’t pay more than $4 million pre-money valuation for companies at this stage,” or that “You look very similar to a Series A deal we did last month and we are comfortable paying between $10 and $12 million pre-money for these types of deals.”

If you are looking to understand the current going rate for a company like yours, based on this method, my advice is to speak to other founders at your stage who have recently raised a round of financing. This will give you some good insight into what investors are paying for companies at your stage in this market.

Much more prevalent is the “ownership” method. Under this approach, your valuation is set using the somewhat backwards way of taking the amount money you are raising as the key lever. If you’ve done any sort of fundraising for a startup in the past, you’ll know that when it comes time to talk deal terms, the VCs and angels you speak to will more often than not speak about having a “target ownership.” In plain speak, this means that they are looking to own a certain percentage of your company post-investment that makes them comfortable and makes their model of investing work (their “investment strategy”).

Angels and seed funds will have smaller target ownerships (ranging from less than one percent to five or seven percent), whereas VCs with bigger funds will tend to want double-digit ownership (ranging from 10 percent to, in some cases, upwards of 25 percent). People in our ecosystem often talk about how such-and-such firm is a 20 percent investor or a 15 percent investor, meaning that it is common knowledge that is what that firm looks for. Investors will often pass on a deal if it doesn’t meet their investment strategy, meaning that they can’t see a path to getting their target ownership – either because they can’t (or don’t want to) write a big enough cheque or your pre-money valuation is too high.

VCs have limited resources — their cash, yes, but also their time and network.

Some of this behaviour around target levels is driven by psychology — it’s more impactful for an angel to say they own two percent of your company than say 1.375 percent — but, by and large, this behaviour is driven out of necessity for their investment business model. The commonplace thinking goes that investors, particularly VCs, need to own a material enough piece of a company in order to generate the appropriate returns for their fund.

VCs have limited resources — their cash, yes, but also their time and network. There is only so much time in a day and there are limits on the value a VC can extract from their network. For these reasons, VCs will typically limit the number of deals they do within a given fund – usually 15-20 deals. Given they have a limited number of “shots on net” and that they are investing at risky stages with high company failure rates (meaning a write-off on money invested), the companies that do end up being successful have to have the chance of returning a substantial amount of the fund upon exit. At a billion dollar exit, a $100 million VC fund that owns five percent returns much less money ($50 million) than if they owned 10 percent ($100 million) or 15 percent ($150 million).

There has been lots of innovation on the fund strategy side over the past half decade with funds emerging with no clear cut ownership targets, or with the goal of doing many dozens if not hundreds of deals in a fund. However, many VCs still believe they will only have two or three “home-runs” within each of their funds, and those two or three deals need to get the fund to a multiple of two times or three times on the money in the fund.

In the “ownership” method, the amount being raised is used to back into the pre-money valuation the lead investor is willing to pay. As a simple illustration, if you are raising a $1 million seed round, and your lead investor is looking to get to a target ownership 20 percent, your pre-money valuation is $4 million. Under this example, your lead investor will own 1/5, or 20 percent, of the post-money value of your company ($4 million plus $1 million new investment, valuing your company at $5 million post-money).

However, a good VC will take into account not just what their own (selfish) target ownership is in order to set valuation. They will also take into account the percentage of the company that all other key parties that will create value in the business going forward will own. They will analyze your cap table extensively and run many scenarios. Primarily, they will be concerned with how much the founders and key employees (via the ESOP) will have in terms of ownership. Good VCs know where the real value creation in a company occurs, and if founders or employees are left with low equity stakes, they will obviously not be incentivized to dedicate their blood, sweat, and tears to building up the company. Secondly, they will also be cognizant of how much any co-investors in the deal will need to own in order for that party to stay motivated to add value to the company and potentially participate in follow-on financing rounds. By doing some sensitivity analysis based on the amount of capital being invested from each party and the pre-money valuation of the company, investors can balance out their own target needs with the requirements needed to keep employees and co-investors incented.

So, there you have the two main valuations methods as I see them. Remember that there are other determinants to your ultimate valuation. The main other determinant is the other alternative financing options you have on the table. You can negotiate a much better valuation if you have multiple VCs competing to invest. Also, if you have leverage in the form of other financing options (e.g. cash flow because you are profitable or access to debt financing) and are able to walk away from an investor’s offer, you are in a much better bargaining position to get them to increase their offer.

Bonus tip: if you really can’t agree on a valuation with your lead investor, you may want to consider doing your deal as a convertible debenture. This is a topic for another day, but one advantage of a debenture over equity is that it puts off into the future the hard conversation around fully valuing what a startup is worth today.

Roger has done a great job of describing how investors typically value startups in the trenches. Like Roger said, the theoretical or scientific ways of calculation valuations like The DCF method (Discounted Cash Flow) or The First Chicago method are rarely used in practice and tend to be most effective against later stage companies that have more historical data.

That said, I wanted to introduce you to another valuation model that has been growing in popularity among angels and other early stage investors. This method is known as the Scorecard Valuation Method. I have found it to be a reasonably good indicator of in-market valuations.

1. Determine an average valuation for companies matching the profile of the company you are looking to value; in this case, your own.

2. Use the Scorecard Method spreadsheet to rate your company compared to the industry average.

To help you do this I have created a template, which includes an example Scorecard Method calculation in the first tab. You can download it here.

You will be scoring the company on the following criteria; Strength of the Management Team, Size of the Opportunity, Product/Technology, Competitive Environment, Marketing/Sales Channels/Partnerships, Need for Additional Investment, and Other.

Rating your company using this scorecard can be hard to do objectively as a founder, so you may want to call in some advisors for their opinion. You can also use the “Valuation Worksheet” created by Bill Payne to guide you through how to evaluate your company, or any other company, on each criterion.

3. To complete your valuation, multiply the score found in step two by the valuation determined in step one

And there you have it, you’ve valued your company using the Scorecard Method!

Got question for the investors? Email them here.

Roger Chabra is the CIO at TribalScale, a global provider of digital products & companies for mobile & emerging technology platforms with offices in Toronto, Los Angeles, Dubai, San Francisco and New York City. You can follow Roger on Twitter at @rchabra

A new analysis of LinkedIn data confirms what HR managers have long suspected. Millennials change jobs, a lot: an average of once every 2.5…