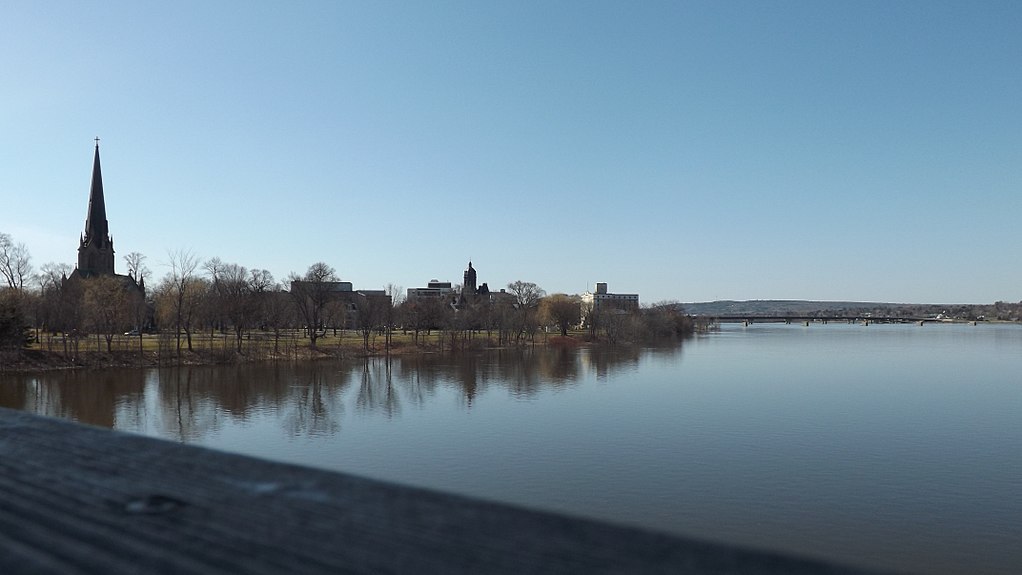 When you think of major markets for Canadian tech innovation, Atlantic Canada does not often top the list. But Fredericton saw an increase of venture capital deals and dollars last year, culminating in the city nailing a spot as one of Canada’s top five tech markets in PwC’s MoneyTree report for Q3 2018. It was the first time New Brunswick’s capital city had made it onto the list since CB Insights began collecting MoneyTree data in 2012.

Per MoneyTree, Fredericton companies raised more than $2 million USD over three deals in the quarter, which was “well above the historical range for the city.” In number of deals, it was an eight-quarter high for the city, and in dollars was surpassed only by the previous quarter, in which local predictive analytics company Resson closed an $11 million USD funding round. The majority of the funds raised in the quarter went to Chinova Bioworks, which in August raised a $2.6 million CAD seed round.

The streak has continued into the new year, with Fredericton-based Sonrai Security attracting two major American backers, Polaris Partners and TenEleven Ventures, to close an impressive $18.5 million USD funding round last month. The company speculated the deal could be the largest funding round in Atlantic Canadian history.

“I’m encouraged by the activity we see in Fredericton, and it’s not unlike the activity we see in other tertiary markets in the Canadian space,” he said. “As many smaller cities and towns in the country look for diversification of their economies, and as they begin to see the younger professionals interested in telecommuting and the future of work, then we’re starting to see tech happen in other markets than the big traditional ones.”

While Fredericton’s tech scene might be considered a sleeper hit within the rest of Canada, it has been producing has been producing high-profile exits for at least a decade, including Q1 Labs’ sale to IBM (worth a reported $600 million) and Radian6’s to Salesforce (for $326 million USD) in 2011.

Jeff White, the recently named CEO of the New Brunswick Innovation Foundation (NBIF), said those exits were the product of initiatives put in place a decade ago to stimulate startup companies, including forming the NBIF. Now Fredericton has several startup organizations, including Planet Hatch, The Hive, and University of New Brunswick (UNB) incubators Energia Ventures and the Summer Institute.

White also noted that the city has seen an influx of angel capital, with Atlantic Canada over time establishing its own homegrown venture capital firms like Build Ventures.

“It’s been a long-term initiative to get to this point,” White said. “I think we’re really seeing the benefit.”

Fredericton’s ecosystem also benefits from local government support, a collection of corporate offices and academic institutes in the city, and a large pool of talent coming out of universities.

Local success stories Resson, Beauceron Security, Chinova Bioworks and clean energy storage company Stash Energy, for example, all started their companies or had their founders come out of UNB. White said that over 50 percent of the companies the NBIF invests in are spun out of universities in the province.

“UNB…does an extremely good job of supporting students and encouraging them to go out on their own, start their own business and give them the skill sets they need to go do that,” said Stash Energy founder Jordan Kennie, who went through the university’s technology management and entrepreneurship department. “I think that’s a big part of what the startup culture and the small business community in Fredericton is so active.”

That talent has tended to concentrate in cybersecurity and cleantech, Dingle said — two sectors that are poised, in particular, for growth. As a result, a thriving cybersecurity ecosystem has blossomed in the city. The University of New Brunswick (UNB) has a cybersecurity institute, IBM and Salesforce have offices in Fredericton, and Siemens said in May it would open up a cybersecurity centre.

“The New Brunswick and Fredericton strategy of focusing on cybersecurity [is] paying off. Fredericton benefits from government support for and innovation around both cybersecurity and cleantech,” Dingle said, adding that the city has started to generate a “critical mass” of talent in both markets.

“The New Brunswick and Fredericton strategy of focusing on cybersecurity [is] paying off.”
– Michael Dingle, PwC

That talent has also created a “higher proportion of repeat entrepreneurs,” White said. “Exits lead to new company formations because people leave and start up new companies afterward.” Sonrai co-founders Sandy Bird and Brendan Hannigan, for example, also co-founded Q1 Labs (it should also be noted that White served as the CFO for both Q1 Labs and Radian6, and that the NBIF invested in Sonrai’s recent round).

Jeffrey Grammer, CEO of Resson, said that the growing list of local success stories has encouraged others to create their own companies.

“Success breeds success,” he said. “You have this entrepreneurial spirit in Fredericton, that people now know people who’ve worked at these companies that’ve seen success, and want to have that next big success story.”

Within Atlantic Canada, Fredericton is one of the smaller major cities. With a population of more than 58,000 in 2016, it’s smaller than both Saint John and Moncton — and positively dwarfed by nearby Halifax. By that measure, Dingle said, the city is “punching above its weight” in turning out startup companies and attracting VC attention, “particularly relating to recent deals.”

Kennie said the city’s size is to its benefit right now, because it’s easy to develop a core network and meet people who will offer support. Fredericton’s “a city centre but also still a small enough town where everybody knows everybody,” he said. “The whole ecosystem here is really unique [within] Canada.”

And while the market is still small, White said he sees signs of growth. In the two decades the NBIF has been around, 2018 was its “most active” year to date for funding. He also noted that the foundation has been ranked the second-most-active government fund in the country.

In 2018 and into the start of 2019, there has been an “increase in scale-up capital that has been deployed. Up until this point, it’s been very very focused on startup,” White said.

He added that the NBIF hopes to see sustained growth rates of 30 percent year-over-year, and “if we can get a blend of [scale-up and startup capital] happening, we should be able to hit those growth rates. But that’s really [because of] the entrepreneurs with good ideas that come out of universities, get through commercialization, and get some liftoff.”

BrainStation, a technology skills school with five locations in North America, has expanded and updated its remote learning platform, making it more available to…